Just When You Thought You Were Out, You Get Sucked Right Back In: ‘The Godfather CODA: The Death of Michael Corleone’ 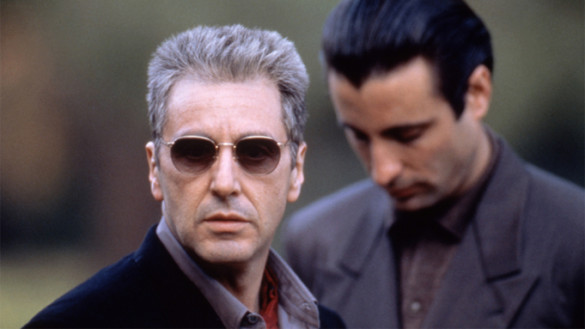 I’m a Sicilian-American and, like with many cultures, there are prized possessions. With Greeks it’s a bottle of Windex and mythology, with the Irish it’s Daniel Day-Lewis and Guinness, and with Italian Americans and Sicilian Americans it’s Sophia Petrillo and The Godfather Trilogy. It straight up comes with the territory, and it’s a rite of passage into maturity and adulthood. Now, when I say my family is of old school Italian descent, I mean my family is right off the boat in the 1920’s, the seven fishes at Christmas time, the big family gatherings where cigarette smoke filled the air and Galiano and wine flowed like water from the Trevi Fountain. We are loud, brash, and have actual mob-ties (allegedly). Italian families are where if you were hungry you ate, you were sad you ate, you got in trouble you ate, you were in love you ate, if you just ate you ate again, and as kids we were given wine in our sippy cups because ITALIAN! (You get the picture)

Family was a big part of our culture that unfortunately is lost on us today. The older generations who kept us together have mostly died off, and it’s sad. One thing though that is not sad, is the pride we always carried with us with being Sicilian, which included where we came from and the celebration of the life of the homeland. So, when we were introduced to The Godfather Trilogy growing up, it was not only our rite of passage, but also led to an understanding of the generations before us. Francis Ford Coppola was family. He was a cousin, and even though none of us actually knew him, we were connected because of what he was able to bring to the camera. Coppola gave us the feeling and depth of the Sicilian-American family and the writing brilliance of Mario Puzo’s book.

The first movie in the series, The Godfather, is a masterpiece and my personal favorite in the trilogy. The second film, The Godfather Part II, is way too long by a solid 30 minutes. While it’s good, you definitely feel the runtime and it seems to stall in its storytelling. The Godfather Part III was always the redheaded stepchild of the bunch, and I remember many family members telling me growing up, “Don’t worry about part 3, stop at 2”, while others proclaimed “You need to watch the full trilogy just don’t expect much from the 3rd”. So, I was always very curious as to why the final film had such a mixed reaction from people. But then I watched it and understood many of their criticisms.

For the record, I DO NOT HATE PART 3 (for the sake of this article I will refer to the theatrical cut as part 3 and the new cut as CODA) I never thought it was a bad movie. It’s a good movie that has faults, but I would neither call it a masterpiece on the level of the first movie nor fantastic like the second film. My biggest gripes with Part 3 were Andy Garcia, who I felt was completely miscast in this movie, the weird incest storyline, and calling it The Godfather Part 3. Yes, I’m dead serious when I say that Sofia Coppola isn’t an issue with me when it comes to this movie. She’s not an actress, never had the desire to be, and did her absolute best as an 11th hour favor to her father. Considering this, she’s really not that bad outside of her final line of “Dad!!??” I do have a hard time believing that that was the best take of her delivery. When it comes to my issues with the title, I truly believe that the odds were already stacked against Coppola when it came to Paramount wanting to do a third film. The main issue being the timing, as it had been 18 years since The Godfather premiered. There is an entire generation of folks who moved on with their lives and probably didn’t care about a third film. Additionally, the iconic status of the first two films made it difficult. It was going to be hard to be able to top those films with a storyline that would not only bring back the original fans but garner new ones, let alone give us a storyline that connected the first two into the third. It just didn’t work and it’s unfortunate but I was able to see years ago with my first viewing of Part 3 that Coppola was trying to continue not the story of The Godfather, but the story of the Corleone family. Please allow me to make that point more focused. Coppola has been very clear that he went forward with a third film to conclude the story of the Corleone family, and specifically Michael, as his intention was to title it The Death of Michael Corleone,  but it was at the persistence of the studio to rename it The Godfather Part 3. Therefore, with that title, it was automatically compared to the first two films. I truly feel that if Paramount would’ve allowed Coppla to keep the original title, the film would have stood on its own and viewed as its own entity in the way that “The Silence of the Lambs” was its own film, and not a sequel to “Manhunter”. 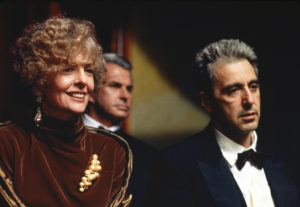 So, over the three decades since the release of Part 3, it hasn’t been given fair treatment. So, three weeks ago when I heard for the first time that CODA was being released for the 30th anniversary, along with a complete title change of The Godfather Coda: The Death of Michael Corleone, I was so curious to know how exactly it was different from Part 3. It has a shorter run time by just a few minutes but contains a new beginning, a new ending, changes in editing, and some footage sprinkled throughout that changes the storyline. So the Tuesday it was released, I woke up early to watch it during the morning hours. From the first few minutes, I could tell I was in for a whole different movie. From the get go, Coppola added the purpose of the story to the beginning to establish rhyme and reason throughout the events of the film that we already know. The editing changes made the film flow so much more smoothly that I had to check to see if Thelma Schoonmaker was on board for this (she is not). The movie glided so much easier throughout its runtime compared to the original cut, so it is a vast improvement. While Diane Keaton referenced in an interview that the audience would see Sofia Coppola in a new light, the most noticeable change to me has to do with Connie (Talia Shire) arriving at much more of a “boss bitch” status than it seemed in Part 3.

Now the ending is something spectacular because it changes by literal seconds but it’s definitely noticeable. In the new ending to Coppola’s vision, he gives us the events of the entire film a new meaning and it’s quite fascinating because, while this movie can now stand on its own, the ending to CODA connects the entire trilogy and makes you appreciate the message these movies were sending throughout the 18 years it took to tell these stories.

I would say that CODA is a masterpiece in its own right and that it is its own story, while bringing back characters we’ve loved throughout all these years. I hope that the nay-sayers of Part 3 go into this film with an open mind about the power of editing because the changes that Coppola  made to his story really shine here and give us the opportunity to understand the Corleone family in their own right during the good, the bad, and the ugly.

As a fan of the movies I would say I still rank them as such from favorite to least- Part 1, Part 2, Part 3. Including CODA I would rank them Part 1, CODA, Part 2. And that’s the story I’m sticking with.