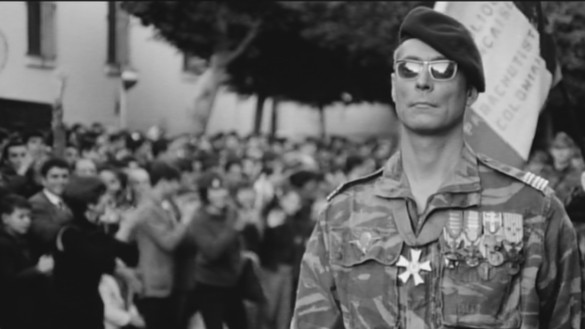 In this time of turmoil and unrest, there seems to be a feeling of radical change demanded that could fundamentally alter basic principles on how they act and how they think when they see symbols of racism. Instead of what seems to be decades and a century of ignorance, the younger generation has risen up to establish a new order on how people must treat racism and understand more how the Black community has felt for a very long time. While it’s a social revolution, movies have been filming world revolutions since the 1920s. Communism, workers’ rights, and independence fill the list and represent the main figures, real and fictional, who live through the massive upheaval in the past.

In the same year, Sergei M. Eisenstein gave the world two stories of Russia before 1917, scenes of discontent that laid the foundation for the overthrow of the monarchy and the installation of a communist world. Strike was Eisenstein’s first full-length feature film, set in a factory where, after a worker is accused of theft and commits suicide, the rest of the plant shuts down in anguish because they sympathize with why their fallen comrade struggled. The working hours are long, the pay is low, and children were working in ways very dangerous. And while the people demand change, the wealthy businessmen sit in smoke-filled rooms drinking and cleaning the mess with the list of demands given to them. In the climax, the protest put down violently, intercut with animals, parallel to people being slaughtered under the order of the elite who were always aligned with Czar.

The Battleship Potemkin is more widely known because of the famous staircase sequence between the czar’s loyal military, mutineers, and a baby carriage the rolls down in between them, something reenacted in The Untouchables. Once again. Eisenstein relies on editing to create the action, a theory of montage copied in other films examing the Czar’s Navy in mutiny, the death of their leader, and the surprising end when those hired to take back the Potemkin instead join them in their demands for better treatment instead of being robots for the needs of the bourgeoise.

Set during the Algerian War in the 50s and early 60s, Saâdi Yacef, a leader of the National Liberation Front that fought for independence from France, allowed his memoir to be made into a movie with Italian leftist Gillo Pontecorvo directing. Pontecorvo came from the school of Italian neorealism, so he shot the film documentary style and on location with mostly nonprofessional actors in the roles. Ennio Morricone’s opening credits score is widely known, even used briefly in Inglorious Basterds, and it was so real to aspiring revolutionaries in guerilla movements, that law enforcement studied the film and what those potential groups like the Black Panthers and Irish Republican Army could potentially do. France, still reeling from the divisive nature of the war kept it out of theatres until 1971.

A major film about the labor movement in the coal mining industry, this documentary followed the actions of the Brookside Mine in Kentucky when workers went on strike against owners Duke Energy in 1973-74. Ladies and gentlemen, when Trump said he wanted to bring coal back, he was hoping it would be like the 70s when it was still being dug out a lot. But with more money comes more demands for safer working conditions, fair contracts, and higher wages, especially when longtime workers are affected by black lung disease. Director Barbara Kopple captured the violence that erupted between worker and management, the squalor families were living in at the time, and the tragic shooting that brought both sides to an agreement. The raw emotions on display without any manipulation gave Kopple an Academy Award for Best Documentary.

This film isn’t about a revolution but about a singular figure who lived his life surrounded by it. He was, per the film’s title, the end of a dying dynasty, obsolete and powerless. Puyi is a little boy imprisoned in The Forbidden City then exiled and reimprisoned under the rise of Mao Zedong and the Cultural Revolution. Bernardo Bertolucci was fully backed by the Chinese government and got to shoot in the Forbidden City, allowing his great cinematographer, Vittorio Storraro, to create a beautiful portrait of a young man who is burdened from the beginning from a country he knows nothing of as radical change sweeps up around him.

Oliver Assayas’ three-part miniseries is about a singular man who was a rock star mercenary and a one-man revolution ready to help any nation willing to fight for leftist ideals with guns and bombs. Edgar Ramirez plays Carlos Ther Jackal and was the only one who could do so considering the multilingual skills needed for the role; like Carlos (real name Illich Ramírez Sánchez), Ramirez is from Venezuela and lives his early life in Europe where he learned English, French, and German. And certainly, he looked the part, giving off Carlos’ vibe of confidence and desire to be known and to be loved for who he is – even though his actions by shooting and bombing killed scores of people (he’s serving life sentences for sixteen murders and claimed recently he’s responsible for 80 deaths in total) and established himself as one of the world’s most notorious criminals.