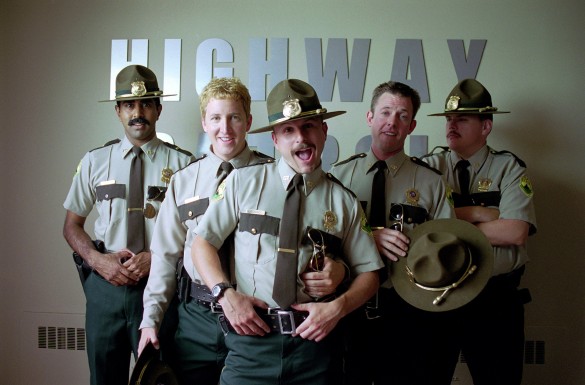 It’s been announced that Broken Lizard, the creators of Super Troopers and Beerfest, are creating a sequel to the cult hit, Super Troopers. It’s yet to be 100% final, but according to Kevin Hefferman, who played Farva in the first film, there will be a Super Troopers sequel and that Fox has the script. He also mentioned that they are in negotiations for the time and place to shoot later this year.

Broken Lizard, in case you don’t know, is the production company consisting of Jay Chandrasekhar, Kevin Heffernan, Steve Lemme, Paul Soter and Erik Stolhanske. Some of their well known projects include the original Super Troopers, Beerfest, and Club Dread.

I’m not sure how this will work since most of the original film’s fans are now older and may not respond the same to a sequel. What do you guys think?