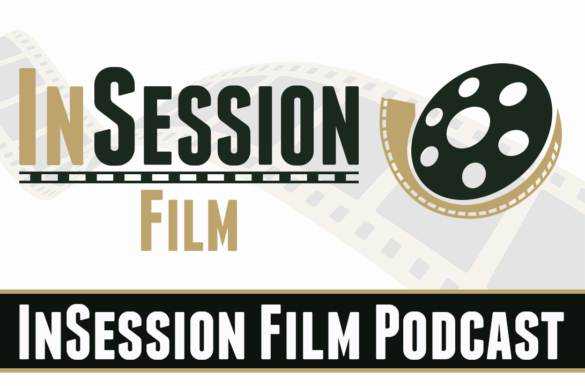 As many of you know, the InSession Film Podcast is broken up into two shows. Our main shows are released on Mondays and feature reviews, Top 3 lists and other film-related discussion. However, on Friday’s, we have a segment we call Extra Film. This segment features reviews only of films that we don’t have time for on our main show. Over the course of the last three years, both versions of the podcast have come into their own and have come to define us.

Given recent circumstances, we are now looking for a third co-host to help lead our Extra Film podcast every week and occasionally fill in on the main show as needed. Keep in mind, that most of our Extra Film reviews cover indie releases. So, we will need someone who loves indie film and is willing to be flexible when it comes to seeing those films. However, on occasion, we will see and discuss other mainstream films as well as older classics.

We also need someone who is going to be dedicated and available most weeks. We are flexible and understanding of life circumstances, but we want someone who is willing to make the time needed for this role and wants to have fun discussing film. This, of course, isn’t a paid position (we are in podcasting after all) but we promise that it will be satisfying, challenging and worth your time.

If you think this is a role that you can commit too, please email us at insessionfilm@gmail.com and let us know you are interested. From there, we can discuss more privately and can figure out if this is the right role for you.

Thank you to all those who are interested and we look forward to what InSession Film has to offer in the future.