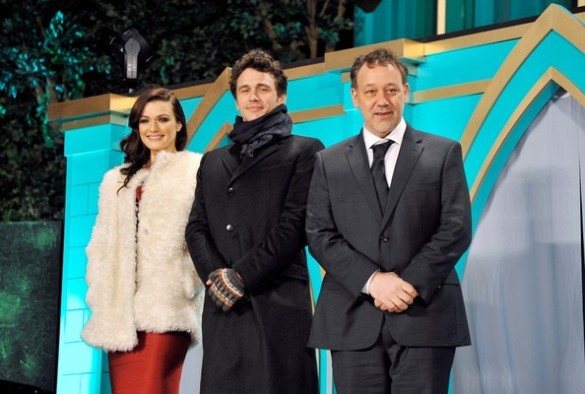 Ok, well it’s not official, but in an interview with Bleeding Cool, it doesn’t sound like he will be involved with a sequel.

In the interview, Raimi was quoted saying, “I haven’t planned on directing the sequel. I did leave some loose ends for another director if they want to make the picture. I tried to make it a complete ending, so that the audience would be fulfilled, but I also let Evanora and Theodora get away.” He also went on to add, “I was attracted to this story but I don’t think the second one would have the thing I would need to get me interested.”

While Raimi may not be interested, it’ll be hard to think Disney won’t do a sequel with Oz bringing in $80 million at the box office this weekend. Over the course of it’s lifetime on the big screen, you can assume it’s going to do really well. It also appears Disney has a sequel script that is being worked on right now and has for some time, according to Variety. I imagine Disney will throw a good amount of cash at him though so only time will tell.

If you’re Disney execs though and Raimi doesn’t come back, who would you like to see take the directing role?