Movie News: Rhino gets a suit and Spider-Man gets a sidekick in new set photos

New set photos from The Amazing Spider Man 2 have been released and they look like a lot of fun. I always find it fascinating to see set photos and visuals to see little glimpses of how movies are made. It’s just one of those small pieces of marketing they throw out that gets me excited.

In these new set photos, we get Paul Giamatti in his new Rhino suit that looks to be something out of the Iron Man playbook. After the CGI-Lizard in the first film, it looks like they will be staying away from that and going to the science-y, Tony Stark look with some sort of suit. Either way, based on these photos it looks like Giamatti is acting is face off which should be fun when it’s all done.

There’s also a couple of fun photos of Spider-Man’s new sidekick which looks like a 6-year-old little kid who’s dressed to the nine’s in Spidey gear. It’s not clear whether or not he’s actually in the film or if he’s just a fan on the set to watch but either way it’s adorable. Andrew Garfield also looks like he’s having fun with it and that’s always good to see. 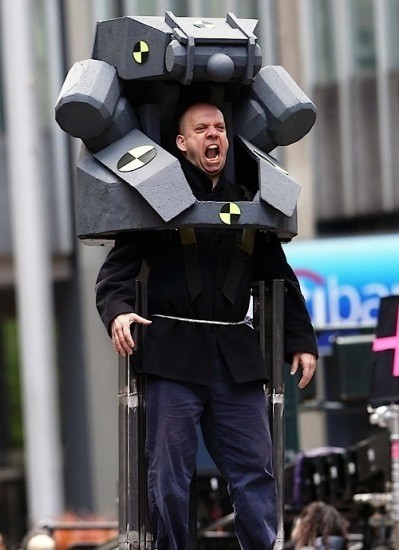 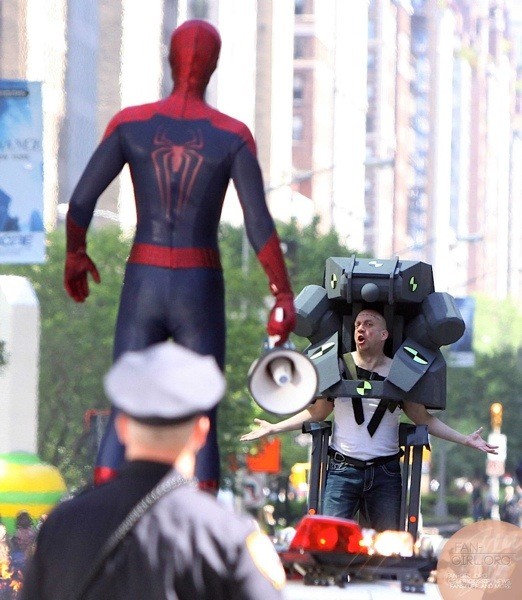 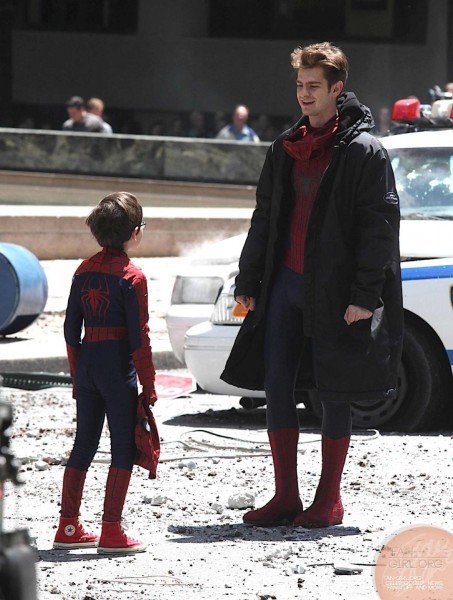 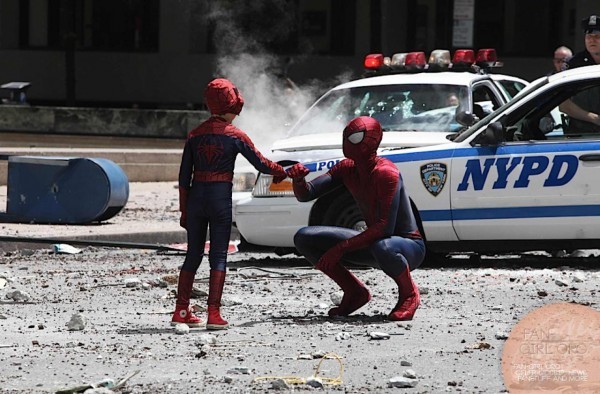 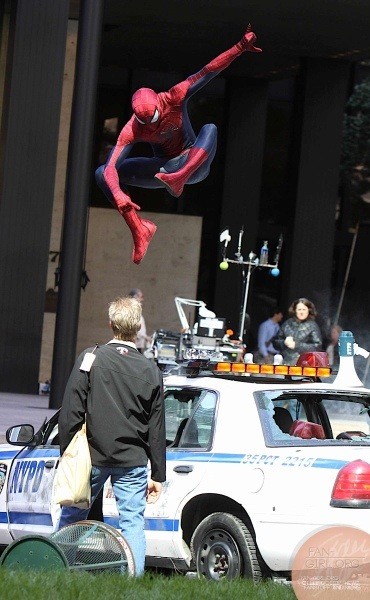