Movie Review: The Place Beyond the Pines 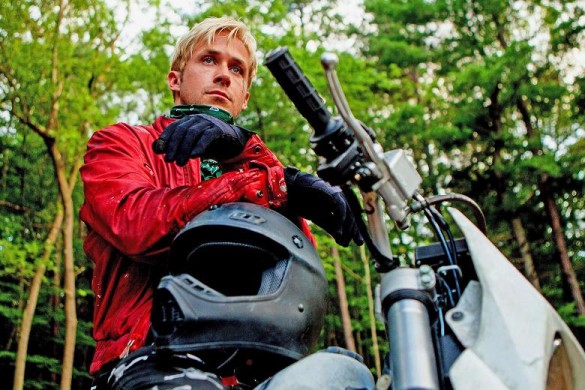 Synopsis: A motorcycle stunt rider turns to robbing banks as a way to provide for his lover and their newborn child, a decision that puts him on a collision course with an ambitious rookie cop navigating a department ruled by a corrupt detective.

DIRECTION
The best way to describe The Place Beyond the Pines is ambitious. From the three intersecting storylines, to the visuals, to the performances, to the score, Derek Cianfrance (whose last film, Blue Valentine, was also pretty ambitious) does what most filmmakers try to do but fail. He combines all of these elements to (almost) perfection, giving audiences one of the best and most daring films of 2013 so far. Once the film opens with an extended tracking shot (with no dialogue) of Ryan Gosling’s character walking through a circus and into a cage to ride motorcycles in a cage ball, you know you’re in for a wild experience.

SCRIPT
Cianfrance’s script for The Place Beyond the Pines doesn’t feature just one story, but rather three different ones, all of which merge together at some point. The first story involves Gosling’s tatted motorcyclist who starts robbing banks to provide for his girlfriend and their baby; the second story involves Bradley Cooper’s cop who’s too smart for his own good; and the final story jumps ahead and focuses on Gosling and Cooper’s respective sons. While I like the three different storylines, the one involving Gosling is by far the best and most enjoyable to watch, mostly because Gosling’s character is the most interesting. The ones involving Cooper and the two sons tend to drag along and the twists and turns in these two storylines that are supposed to be surprising rely a little too much on convenient coincidences.

SCORE
Mike Patton’s score was perhaps the best part of The Place Beyond the Pines, fitting perfectly with the ambition of the film. It’s kind of all over the place with many different elements like some boom-boom-in-your-face tracks along with some very light, soothing tracks. But they all surprisingly go well with their respective scenes.