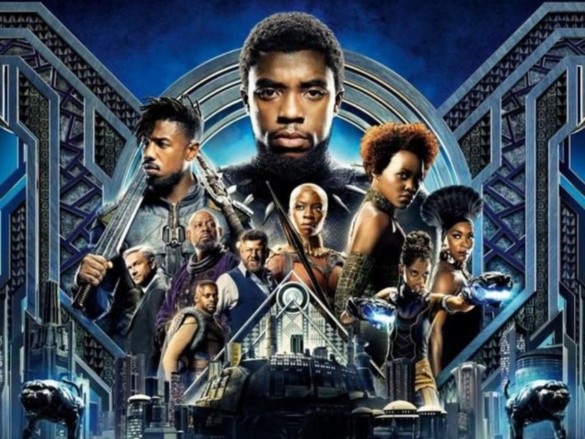 Bob Dylan once sang how “the times they are a-changin’”, and he was certainly right. Nowadays, this is truer than ever, given our current political landscape and the embracing of cultural and ethnic diversity; although, I don’t know if Dylan had the movies on his mind when he wrote those words (probably not). Not only are the movies honoring such ethnic diversity in commercial AND artistic ways, but they’re doing so in February, a month that was once seen as a cinematic wasteland. I seem to have a habit of driving this point home in nearly every monthly preview I write, but here it is again; the term “summer movies” is slowly becoming obsolete, so yes, the times they are a-changin’.

But they may be changing more than you realize; many of us have already predicted the growing market for streaming services, and how that will soon compete with the movies, but the month of February sees that becoming more of a reality whether we like it or not. In particular, Netflix has acquired at least three major science fiction juggernauts (one going international) and one fairly well acclaimed foreign language film, and all deserve your attention.

It won’t be all good, as this month will also offer its share of beginning-of-the-year feces (instead of brown it’s the color grey), but we will also see a pairing of this year’s Best Foreign Language hopefuls getting February releases, and the Oscar nominated greats from 2017 are still in theaters this month for your viewing pleasure. At least that doesn’t hurt in giving 2018 a possibly great cinematic start.

If my argument for Dylan’s foreshadowing of our progressive times wasn’t enough, simply look to the one movie we all will be seeing this month; Black Panther. The latest in the Marvel Cinematic Universe, Black Panther (directed by the great Ryan Coogler of Creed and Fruitvale Station fame) has already shattered advanced ticket sale records, and is currently shattering the hearts of critics lucky enough to see it early. Focusing on our newly kinged hero T’Challa, who first appeared in Captain America: Civil War, Black Panther has already garnered the makings of a cultural phenomenon, and I mean that literally; featuring a nearly all African American cast, expect a timely pathos with this one.

Or perhaps you want your science fiction (yes, Black Panther is still sci-fi) a little harder and deeper; look no further than Annihilation, the latest from writer and director Alex Garland (Ex Machina) and starring Natalie Portman, Jennifer Jason Leigh, Tessa Thompson, Gina Rodriguez (some strong female greats), and Oscar Isaac. Granted, Annihilation does come with some baggage; it is already known that there have been creative “complications” between Paramount and Skydance as to Garland’s vision for the film, and now Paramount is striking an international deal with Netflix on the film’s release strategy. Whether this is good news or not, I really don’t know, all I can do is express some excitement at the return of Alex Garland, and you should be intrigued as well.

But Annihilation isn’t the only February sci-fi film with a Netflix deal, and coincidently one is also a Paramount production. As we experience the Eagles victory over the Patriots during Super Bowl LII (their first victory since 1960, even before Super Bowl I), it was not only announced that we’d be getting another Cloverfield movie, but that the now titled The Cloverfield Paradox would be premiering on Netflix AFTER THE GAME. Which basically means you’ve already seen it, and if the word-of-mouth is consistent among all earthlings, you’re probably also already disappointed by it. We can’t deny the creative marketing strategies for these films (we saw that with both Cloverfield and 10 Cloverfield Lane), but perhaps there’s another story here, one that involves a lazy dumping of bad goods (in that sense, sounds just like a February movie).

And then, also making its way to Netflix, is the latest from Duncan Jones (Moon and Source Code), the anticipated Mute. Starring Alexander Skarsgard as a mute bartender, alongside Paul Rudd and Justin Theroux, the film screams out its Blade Runner influences, and no better time to release a futuristic dystopia coming off the heels of Blade Runner 2049. But most importantly, it is rumored to see Sam Rockwell make a brief appearance as Sam Bell, yes THAT Sam Bell from Jones’ debut film Moon; could these indeed be set in the same universe?

But going to the theater this month is also not out of the question. Clint Eastwood returns behind the camera with The 15:17 to Paris, the true story of Thalys train terrorist attacked in August 2015, foiled by three American tourists; and if that isn’t enough, the film stars the real-life Americans as themselves (a rather daring approach that could either scream success or completely backfire). Perhaps you want to satisfy your kids needs, and maybe Peter Rabbit (with Domnhall Gleeson and Rose Byrne) or Early Man (from the same team behind Wallace & Gromit and Chicken Run) are up your alley. I just urge you all to avoid Winchester, Game Night, and one Fifty Shades Freed (remember that grey-colored stink I referenced above?)

No matter what, you should always be supporting your local art house theatre, as well as art house cinema in general. And if you’re in the running of playing catch-up with this year’s Oscar nominees, look no further than two of this year’s hopefuls for Best Foreign Language film. Most notably there’s A Fantastic Woman, directed by Sebastian Lelio and starring Daniela Vega as a waitress who moonlights as a nightclub singer, grieving over the death of her older boyfriend; Vega is already being praised for her powerful performance, and the movie was one of the best reviewed of 2017. There’s also Loveless, from director Andrey Zvyagintsev (Leviathan), a film featured a divorced couple putting aside their differences to find their missing son; if that doesn’t sound like a heartbreaker then I don’t know what does.

But this article’s primary gimmick is around Netflix, so wouldn’t it be appropriate if we could simply stream an art house film in the comfort of our home? Coincidentally (or no coincidence at all), there is one. On Body and Soul has already been garnering some acclaim, a story about two slaughterhouse workers connected by the same dream, and driven by the strength of female talent (on and behind the camera). Also be on the lookout for the familial drama Golden Exits from Alex Ross Perry (starring Emily Browning), as well as The Party, starring Timothy Spall, Kristin Scott Thomas, Patricia Clarkson, Bruno Ganz, Cherry Jones, Emily Mortimer, and Cillian Murphy (now there’s a cast).

This February will see us celebrating Black History Month in epic Wakandian style, or simply staying home with Netflix. It may seem like slim pickings, but in the weeds are some potentially big hitters (assuming they don’t disappoint), and could already give the summer quality a run for its money. And if they don’t (so unfortunate if that ends up being the case), many of your current Best Picture nominees are still playing for your catch-up pleasure. Or rewatching pleasure, in fact I may even check out Call Me by Your Name and The Shape of Water again (too much time on my hands).

Summary of films to look out for this month: The 15:17 to Paris, Annihilation, Black Panther, The Cloverfield Paradox, Early Man, A Fantastic Woman, Golden Exits, Loveless, Mute, On Body and Soul, The Party, Peter Rabbit