Poll: Which film will win Best Picture at this year’s Oscars? 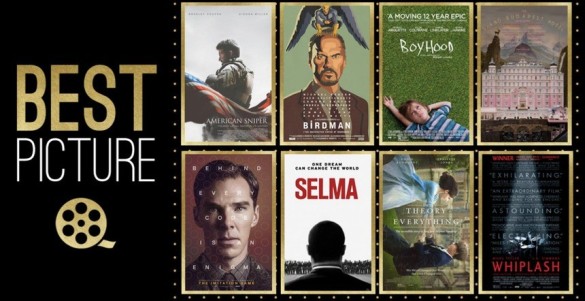 This weekend on Episode 105, we will be discussing the 2015 Oscars and giving our predictions for many of the main categories. So our poll this week is simple, which film do you think will win Best Picture at this year’s Oscars?

Many think that Boyhood and Birdman are the two main frontrunners, but if those votes split, it could leave room for another film to slip through the cracks. All in all, which film do you think will win? Vote below and leave any other comments in the comment section below!