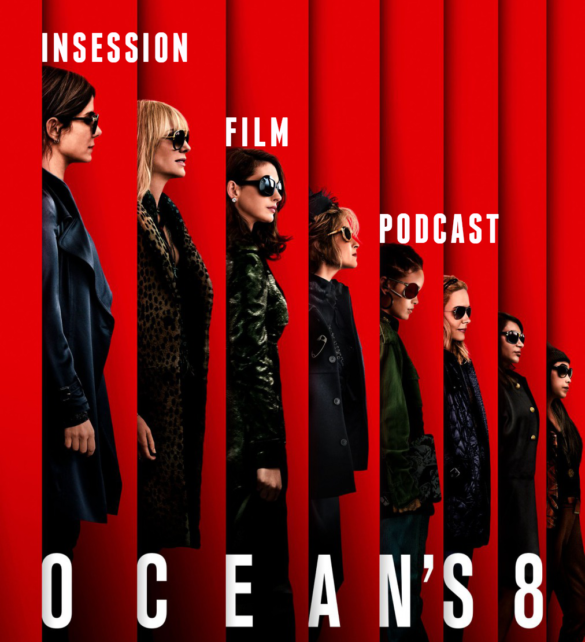 This week on the InSession Film Podcast: Extra Film segment, Mr. Tim Costa from the First Time Watchers podcast joins us yet again to review the latest sequel/reboot/spin-off/thing in the Ocean’s franchise with the female-led Ocean’s 8, starring Sandra Bullock and Cate Blanchett. We also review the sci-fi/horror join from Leigh Whannell in Upgrade.

Ocean’s 8 seems to have been released at the most appropriate time, and we discuss whether that timing plays a major factor in the film, or whether the film just wants to have light and breezy fun; perhaps it could be both. And with films like Saw and Insidious under his screenplay belt, we could only expect sheer lunacy with Leigh Whannell’s latest project, though much of the discussion was whether the film was ridiculous enough for its own good.

This week’s episode is brought to you by our great friends at French Toast Sunday.

– Music
These Boots Are Made for Walking (feat. Merenia) – Nick West
A Better Place – Jed Palmer
The Return of the Eagle – Atli Örvarsson