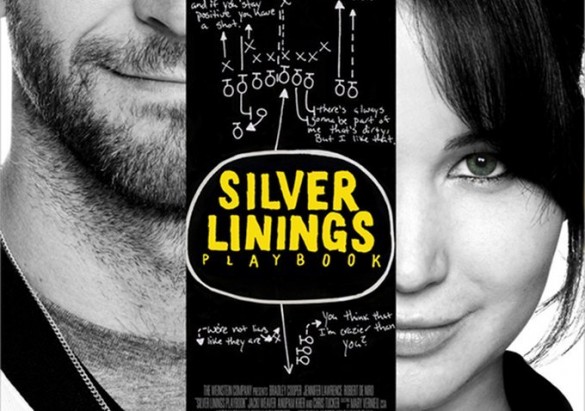 Synopsis: After a stint in a mental institution, former teacher Pat Solitano moves back in with his parents and tries to reconcile with his ex-wife. Things get more challenging when Pat meets Tiffany, a mysterious girl with problems of her own.

DIRECTION
Silver Linings Playbook is one achievement by David O. Russell can be proud of. While I’m not a huge fan of his work outside The Fighter, Russell takes us on a journey that is full of emotion, drama, and even some action. The roller coaster ride you feel is an amazing accomplishment and it never ends. Throughout the whole movie there are turns and spins that have your emotions going in every direction. You almost aren’t sure what to expect next and that’s what I love from Russell in this movie. He gets great performances out of an amazing cast and by the end of the film you can’t help but be completely drawn in to what he’s doing here. He even turned Chris Tucker into a character that is bearable to watch. There’s been good hype about this movie and for good reason. It’s third on my list for the top films to win Best Picture.

SCRIPT
Russell again getting the nods to a great script. I love what he does here with the story of an emotionally broken man meeting up with a woman that is essentially in the same spot. I’m not sure what you’re past experiences are, but anyone that has had a broken heart before can somewhat relate to these characters. Now, while they kind of go off the deep end just a little bit, the script brings you in enough to relate. The dialogue and the characters are written perfectly. This movie has such a sense of realism that the performers are set up to knock it out of the park. And that my friends, is why most of them are nominated for Oscars.

PERFORMANCES
Bradley Cooper and Jennifer Lawrence both shine bright in this film. They were equally as important to the movie as they were to each other as characters in the movie. They had a chemistry that was almost palpable. They were so believable it was great to see them both be in a different role that what we’ve seen from them in the past. This is the best Robert De Niro film I’ve seen in awhile and probably my favorite since Men of Honor all the way back in 2000. He does a phenomenal job and definitely earns the Oscar nom.

SCORE
The score was done by Danny Elfman who is one of Hollywood’s best composers. If you don’t know him, get to know him. His score from this film is actually pretty good, but it’s such a backdrop with everything else going on that you hardly notice it. It’s worth a listen to if you have time, but not an essential piece to the film.