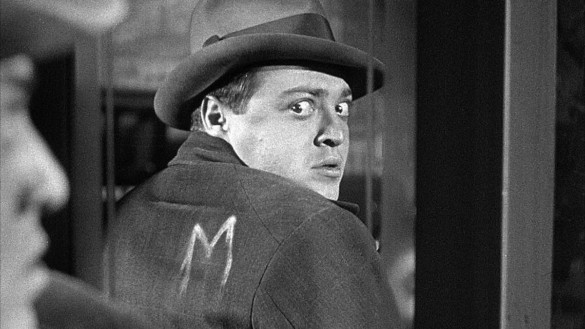 As one of the earliest movements in film history, German Expressionism had an immediate and lasting impact on cinema. With films appearing primarily in the 1920s and early 1930s, German Expressionist film coincided with the art movement of the same name. Featuring distorted sets, dark themes, and inspiration for genres such as horror and film noir, the movement also gave rise to notable filmmakers such as F.W. Murnau and Fritz Lang. This piece serves as an exploration of German Expressionism by analyzing six films from the movement. While this is not an exhaustive list of films from that era, these movies give us a great look at the aspects that defined the movement and its influence.

When it comes to German Expressionist films, The Cabinet of Dr. Caligari should be at the top of the list. Not only is it one of the earliest and most recognizable films from the movement, but it also contains many of the features associated with German Expressionism. It’s the story of a hypnotist (the title character, played by Werner Krauss) and Cesare (Conrad Veidt), a sleepwalker he instructs to murder citizens of a small city. The film can be described as a twisted reality, featuring distorted production design. It achieves this through both painted settings–reflecting the art movement of the era–and constructed sets with sharp corners and edges, giving off the feeling of a gothic stage play.

Dr. Caligari is also one of the oldest examples of a horror film. Krauss’s Caligari comes off as a mad scientist, with Cesare as the monster at his disposal. In addition to yellow and blue tints that give off an eerie aura, the film uses light and shadows as a tool to tell the story. Both narratively and stylistically, director Robert Wiene crafted a dark tale that looked like nothing else from that time. It would have an immediate impact on other films from the movement while setting the stage for nearly every horror film that came after it.

From 1925 through the 1950s, audiences got much of their cinematic horror fix from the Universal Monster films, featuring classic characters such as Frankenstein, Dracula, and The Wolfman. All of them were preceded by The Golem. This film, based on Jewish folklore, tells of the construction of a large mythical being made of clay (played by co-director Paul Wegener). The creature is crafted and brought to life (with the help of a vengeful spirit) by a rabbi in Prague in the 16th century. The being’s creation is a response to the persecution of Jewish folks by the Holy Roman Emperor, placing the film in the context of Weimar Germany, which would be upended by the Nazis only 13 years later.

The creature is created to help bring justice for Jewish individuals, but things take a murderous turn when he becomes controlled by the spirit Astaroth. The narrative has some noticeable similarities to Frankenstein. But beyond the film’s influence on the monster movies that would arrive shortly after, it also fits nicely in the German Expressionist movement. Like Dr. Caligari, colored tints are used to create a dark atmosphere, with acute detail given to the lighting and sets to fit the historical setting. It also implies faults with sources of authority in society, which became a common theme in this movement. Though the film takes time to really get going, it does become quite thrilling in the final act. And Wegener is such an ominous presence as the titular character, even if he’s not quite as frightening as the next monster on our list.

If The Golem was a predecessor for the 1931 film version of Frankenstein, Nosferatu plays a similar role for Universal’s Dracula film. In fact, F.W. Murnau’s 1922 film was unofficially adapted from Bram Stoker’s classic novel. Nosferatu is one of the most influential horror films of all time, and it remains one of the most frightening to this day. Actor Max Schreck is terrifying as Count Orlok, the name given to the vampire in this tale. The film can best be identified by its stirring images of the actor, whether it be his sudden appearance in a doorway or his display of power as he stands on a ship, his long claws bent at his side.

While this is first and foremost a horror film, one cannot help but also notice its noir style. The most horrifying image of all might be Orlok’s shadow as he climbs the stairs of his country residence, where the main character Hutter (Gustav v. Wangenheim) waits in fear. This use of shadow and darkness also places the film within the movement, though the film holds more in common with later films in the era than it does with its forerunners. Its subtitle is  “A Symphony of Horror,” and it lives up to that with a plot that is scary enough but is heightened by its sharp images. Orlok’s estate also plays a strong role in the film, creating yet another similarity with other films in the movement.

When it comes to German Expressionism, most of the other films on this list are more likely to come up before Murnau’s Faust. But this take on the classic German tale has plenty of unique qualities of its own and deserves consideration alongside the other films noted for being part of the movement. Here, Emil Jannings plays the demon Mephisto, who makes a bet with God that he can warp the soul of a noble and righteous man. Faust (Gösta Ekmann) becomes the target of Mephisto’s advances, leading to a whirlwind of ruinous adventures and diabolical behaviors from the demon.

Like The Cabinet of Dr. Caligari, this film distorts reality in a number of ways. It takes the fantastical elements of a number of these films and takes it to another level. The film is revolutionary in terms of visual effects, displaying the magic that can be achieved in film, even back in 1926. Even the noirish lighting is more refined here, taking on a chiaroscuro form so that we can see the contrasts between light and dark very clearly. Though the film does have an eerie atmosphere similar to The Golem or Nosferatu, where it differs is in its extravagance. Still, the sharp locales, basis in German legend and dim outlook places it alongside other films in the movement.

Often considered one of the greatest silent films, Fritz Lang’s Metropolis stands out from other German Expressionist films for a number of reasons. One of which is the scale of the movie. Here, we trade the towns and countrysides for the large, futuristic city of the film’s title. The film follows Freder Frederson (Gustav Fröhlich), the son of the city’s most powerful figure, as he strives to bring together the wealthiest individuals of the city and the working class. The latter of which works long hours deep below the city to allow it to run effectively. While most other German Expressionist films relied on subtext for their themes, this one wears its message on its sleeve. It presents the struggles of the working class while presenting the impact of their treatment at the hands of the most privileged.

This film also experiments with a new genre for the movement, as it is an influential example of a science fiction film. Alongside its central plot, the film features a villain reminiscent of Dr. Caligari himself, this time played by Rudolph Klein-Rogge. He creates a realistic robot used to quell the rebellion of the working class, while also attempting to take over Metropolis. Despite all of these differences from other Expressionist films, Metropolis still fits squarely into the movement. It continues the dark and shadowy scenery of previous films, as well as a shift away from the reality that defines the movement. The film is perhaps most well-known for its extensive production design. Lang and his team built a city from the ground-up, creating an impressive dichotomy between the futuristic, ultra-clean high-rises and the grimy underground.

Four years after Fritz Lang released a quintessential German Expressionist film with Metropolis, he made a film that remains part of the movement while also signaling a move away from it. In M, Peter Lorre plays a serial killer of children in a German city. The film is not about him, however, so much as it is about the city’s response to his spree, from the police to the underground crime syndicate. On the surface, this film is totally unrelated to its Expressionist counterparts. This is far from a distorted reality. In actuality, it’s a harshly realistic movie. Another major difference from the other films on this list is that it is a sound film, though it does feature many moments of stark silence.

Still, like The Cabinet of Dr. Caligari, The Golem, and Metropolis, it features an unsympathetic view of authority figures and highlights their failures. And though nearly all German Expressionist films have elements of film noir, M basically operates as an early and influential example of the genre and style. Lastly, the role of production design may be the most important and recognizable aspects of German Expressionism. While M may not feature the architecture commonly associated with the movement, it cannot be denied that the set plays a major role in the film. With M, Fritz Lang created a true masterpiece that captured some of the best aspects of the movement, while also beginning the push into more realistic German films that would arrive in the near future.

A film movement can perhaps best be defined by two characteristics: how the films of the movement challenge norms and take on new techniques, and how the films influence cinema for years to come. That is certainly the case with German Expressionism. On one hand, these films delivered new approaches to create a separation from reality, play with the role of sets and architecture, and relay relevant, challenging themes. On the other, numerous films owe part of their existence to the movement, particularly in the genres of horror, science fiction, and film noir. And though these six films came from the same important era of filmmaking, they all have their own unique aspects for us to enjoy as well.