Op-ed: When The Studios Had Their Own Super League 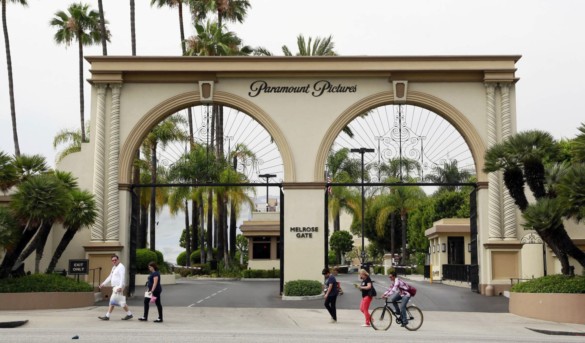 If you’re a fan of sports, then you heard of the rise and fall (2 days) of The Super League, when twelve of the richest soccer clubs in Europe banded together to form a league of their own where no one gets relegated and they get all the money. I won’t go into details of why it was scandalous, but the basis of its backlash was its undemocratic formation and the obvious money grab these clubs wanted over less wealthy clubs. Even fans and players of the clubs who were doing this were opposed to this, and like a house of cards, the league folded with its billionaire owners having their tails between their legs.

Low and behold, it’s no surprise that the studios were doing this and it took, not the protests of millions of people, but the Supreme Court who found it in violation of the antitrust law that became known as the Paramount Decree. The instigators were the Big Five – Paramount, Warner Brothers, 20th Century Fox, MGM, and RKO – plus the so-called Little Three – Universal, Columbia, and United Artists. The real little guy in this to take on these studios were small independent companies who couldn’t get their works shown in theatres because the studios owned these theatres and used to promote their own movies.

The fight began when Hollywood was still in the silent era. As an industry unregulated financially, the studios developed a process where they got to work with theatres and bought the rights to show whatever they made in that specific theater. Small or big, they bought into all of them to distribute their constant content. This was known as vertical integration where the company controls the supply chain. At its peak, the studios only had almost twenty percent of the theaters in the country, yet this accounted for about forty-five percent of revenue. In 1938, the U.S. Justice Department sued the theatres for violating the Sherman Antitrust Act of 1890.

As it was laid out, the studios were in a business within a business with competition amongst themselves where the money would be shared to buoyant each other – just like what The Super (Fail) League was trying to do. They engaged in block booking, where they buy the rental space over long periods of time to show their films, shielding others from trying to sneak in their own work. Adolph Zukor, head of Paramount, is credited for starting this practice in order to give maximum exposure to his stars. Blind buying was also being done, where theatres would rent the film without seeing what the film was. The government did offer a consent decree if the studios followed a certain set of conditions, but the studios turned it down. A District Court found in favor of the studios, which was then appealed to the Supreme Court, who ruled the studio system of distribution was in violation and forced them to diverse themselves from any theatres they owned.

In 2019, the Justice Department sought to dismiss the ruling as they stated it was, “unlikely that the remaining defendants can reinstate their cartel.” The court affirmed it and currently, all studios and theatres are in a transitional period (even in these times) to adjust to the changes. And, while certainly, theatre chains will take any film from every studio out there, big or small, independent theatres and studios once again fear they are going to be boxed out again from being competitive and show films unlikely to be seen in a big theater. Time will tell of the ramifications that the end of the ruling will do. But certainly, it does not mean another Super League will form as studios no longer have the same affluence and power as it was in the past.