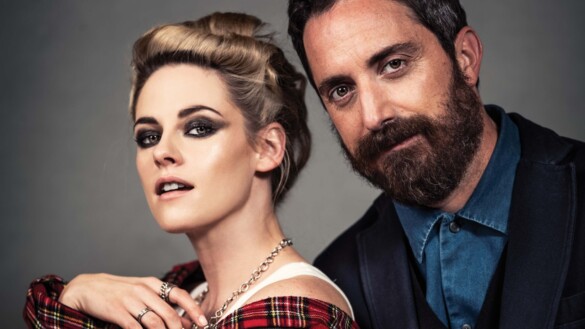 Pablo Larraín has made a career recently, especially in his last three feature films, delving deep into pain. Specifically, this pain focuses on his female protagonists. There is, of course, an easy comparison between two of these women, as they are based on ultra famous figures of political celebrity. But Larraín does not solely focus there, as we will discuss. In the films, Jackie, Ema, and most recently Spencer, Larraín leans in, sometimes uncomfortably for the audience, and forces our eyes to narrow in on trauma. In this piece, the hope is to engage with these struggles, regardless of the quality of the film or award recognition. That being said, Larraín certainly has an ability to coax or find great female performances that awards bodies gravitate toward. This year is no different, with Kristen Stewart managing an Academy Award nomination for Best Lead Actress despite missing out on many awards leading up to the granddaddy of them all.

You can’t really discuss these movies fully without bringing up the sense of class and wealth inhabited by them. In Spencer, the story centering on Princess Diana, Stewart is literal royalty, or at least in line to be so. Jackie, on the other hand, is an American version of this monarchy. If there ever was an American royal family, it was certainly the Kennedys. And Jackie (Natalie Portman), like Princess Di, has married into this family. There is an important distinction, however. Jackie never dreamed of fame or royalty. By her own admission, she remains distant from this and this is personified by her near unwillingness to engage with other people. Diana, on the other hand, according to the script of Spencer, penned by Steven Knight, lived just over the hill and seemingly dreamed of being a part of that world. Larraín does a wonderful job, along with cinematographer Claire Mathon, of absolutely destroying that dream with the crushing weight of both people and architecture. Ema is another story entirely. She is not royalty, American or otherwise. The film doesn’t necessarily show a monetary struggle, but she works a normal job and her surroundings are never elegant. This is both fitting to the character and necessary for her journey in the film. Indeed, it makes Ema more of a threat than either Jackie or Diana could ever dream of being. It almost seems to fly in the face of logic, but these rich, relatively powerful women are largely powerless, whereas Ema is absolutely the master of her own destiny. Not only that, but unlike her royal counterparts, Ema drags others into her orbit instead of keeping them at arm’s length.

Larraín also showcases the power of female anger through these three movies. In Spencer, there is almost a lack of this emotion. Stewart maintains her calm, because she feels that she must for the protection of her children who are perhaps her only solace. Jackie holds back her anger until the most impactful moment, when her ability to grieve the loss of her husband is nearly wrenched away under the guise of safety. Portman, perfect for the role for many reasons, embodies her anger well not least because of her diminutive stature. So, when that anger is unleashed, she is able to stand her ground against the largess of the room and everyone in it. Ema’s anger is cold, calculating, but burns just as hot. Her willingness to eviscerate her partner, Gastón (Gael García Bernal) throughout the film is dangerous from a filmmaking perspective. Larraín and his lead actress, Mariana Di Girólamo, risk making Ema too cold, and a woman we want no part of. Yet, her passion, desire, and love; all more evident on rewatch, carry us through to following her on this dangerous path. 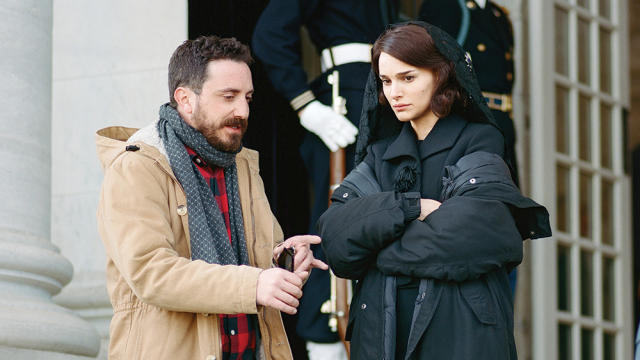 Another way that Larraín eschews normalcy in his female characters is the dividing line of gender. All three of these women have at least some attraction to men. In Jackie and Diana, we know this from actual history, or at least assumed history. Ema, has sexual relationships with both men and women. And yet, the men in these films are at best ineffectual, and at worst, obstacles. In Jackie, the most positive male character is known only as The Journalist and is literally a means to an end. Yes, in one of the more moving moments of the film, she opens up to him. But she immediately closes this down and tells him exactly what he is allowed to write and publish. The other men, most known by history, are consumed by grief or simply in Jackie’s way. The only other man who is attempting to provide solace is a priest (John Hurt) who also becomes ineffective in the face of her intense grief. Truly, the only person who is a help is Nancy Tuckerman (Greta Gerwig). Jackie leans on her, figuratively and literally, especially regarding her children. In Spencer, the men are more than ineffectual, they are attempting to ruin her at every turn. Although the film makes an effort to humanize her husband, Charles (Jack Farthing), he is still no help to her and will support the royal family regardless of the effect on her or the children. Darten (Sean Harris), the chef, attempts to guide Diana but given his station, he is powerless, as well. Larraín makes it clear that his concern is no replacement for power. Again, Diana leans on another woman, in the place of her dresser, Maggie (Sally Hawkins). It should be no surprise that the only moments of freedom are ones in which no adult men are present. Moments with her children, or alone with Maggie, are the simplest and kindest interactions we see in the film. The vision of Diana dancing and twirling on the sands with Maggie almost seems from a different life, a better life. As in all things, the relationships in Ema are vastly different from the buttoned up women in Jackie and Spencer. One could argue that Ema uses people of any gender to get exactly what she wants. But in her relationships with women, there is more of a softness and a guiding hand. As she engages with two other main characters Aníbal (Santiago Cabrera) and Raquel (Paola Giannini), the process is decidedly different. Anibal becomes a simple tool for her to get exactly what she needs. He is also simpler to seduce. Raquel and Ema’s relationship feels more genuine and focused. And when its untimely end appears, there seems to be a hint of regret and sorrow. Anibal, on the other hand, feels more like he is tossed aside without a second thought. It should also be noted that in most of the electric dance sequences, Ema is surrounded and supported by almost solely women.

Finally, all three of these movies are focused on power and performance. Ema is being dishonest with almost every other character. And yet, she feels more genuine than Larraín’s women of history. Ema is enacting something on the world. She has a specific goal and nothing will stop her. Not sexual partners, bureaucracy, lack of money, or even morality. In Jackie, we may have the purest example of the world happening to her. The film literally begins just after the death of her husband, an act no one could stop. Her world almost literally explodes before the film even begins. Given her status as “royalty,” she is really only able to impact the people that she views as lesser, from journalists to priests. She wields her power by offering them a view inside, only to rip it away when things get a little too real. Lady Diana of Spencer is closer to Jackie, as usual, but retains more humanity and empathy. Her greatest desire is to escape, to stop having the world crush her and her children. Given what we know of her history post credits, the two most impactful scenes are also tinged with tragedy. Diana playing a game with her children, in the dead of night and by candlelight, showcases not only Larraín’s gifts but Stewart’s as well. She engages fully and, for just a moment, all artifice of both the character and the actor are lifted. She is simply a woman, playing a game with her children, to take all of their minds off of the crushing weight of monarchy, celebrity, and expectation. Yet, we know how this ends. Those children grow up without a mother due to that exact combination of pressures. Similarly, the scene where they “escape” with the needle drop of “All I Need Is a Miracle” from Mike and the Mechanics blaring out of the car stereo: this moment cuts deep, as in the moment, it does feel like a miracle, a true escape for this small family unit we are all rooting for. But, as all moments in these Larraín films, there is darkness waiting. Diana does need a miracle to truly leave royalty, and even after physically leaving, the celebrity literally followed her, to her death and beyond. That freedom and happiness, tinged with tragedy, sticks with the viewer even as the credits fade.

Whatever you think of Pablo Larraín’s films, they are engaging with these troubled women at a level that is sometimes missed even in “award caliber” films. These three women give wildly different, yet all incredible performances. Portman, in an affected vocal choice, is still able to access the trauma, pain, and the feeling of being trapped into this life of worldly gaze even years later. Di Girólamo is crackling at every turn, a challenge to accept, yet one cannot help but be lured in by her performance. The audience and every other character in Ema is drawn to her, even if it is hard to understand quite why. And in Spencer, the turn from Steward may finally rid her of the yolk of Twilight. Though many cinephiles know that she has been past this for some time, to the more casual viewer, this is an introduction to Stewart as a next level performer. She, like Portman, affects a particular voice for Lady Diana, but this is one that the working class people can reach. And this is why she is so wonderful as this character. If you lived through this time, you know that she was, in essence, the people’s princess. Her willingness to dig deep as an actor serves her, not only in garnering awards attention, but in finding Diana in the process. Larraín truly has found a gift in the last five years to zero in on difficult to access women and provide a structure to draw our focus. In these three films, he has proven that celebrity, class, and emotion are no barrier to seeing these women as complete humans, deserving of our attention and empathy.