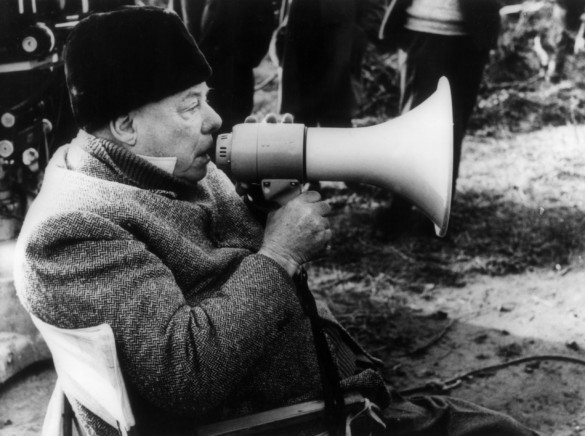 After producing his magnum opus, The Rules Of The Game, Jean Renoir, and his later wife, Dido Freire, fled from France to Hollywood to escape the Nazis. While he became a naturalized American citizen, Renoir could not have the same freedom as he did in editing his works, nor the influence to make whatever he wanted in the Hollywood system. While they were fairly successful, they did not fully come to his satisfaction and decided to make his future works outside of the United States. Because of the viciousness he received after making The Rules Of The Game, Renoir was reluctant to return home, but he was given the resources from there and other producers in different countries to make his own projects in his respected vision. It would be the first of a string of noted films that Renoir finally made in gorgeous Technicolor.

The first colored film was shot on location in India and is very pretty. The story deals with a young girl, Harriet, who comes from an affluent English background who lives with her siblings on the edges of the Ganges River. It’s a coming-of-age story with the theme of first love and heartbreak. The river and its various shades of light is a symbol of life and the dreams that India produces for its beauty. It serves as a bridge of the cultures and a representative of Hinduism to Christianity. People are born along the holy river and in death find their remains scattered in. There is no biting satire as in Renoir’s 30s works but instead gives us the romantic but bitterly truthful and authentic touch of expressive love. The River is one of Martin Scorsese’s all-time favorites (note the video above) and played a role in Wes Anderson’s directing of The Darjeeling Limited.

In 18th-century Peru, the viceroy of Peru buys a pretty horse buggy (hence the title) for the headliner of a touring theatre instead of his mistress. When it is discovered, the viceroy is threatened with expulsion for buying an expensive gift with public money to impress the lead singer, Camilla. The buggy becomes the centerpiece in a comedy about the corruption of a misled love. Anna Magnani, who plays Camilla, made her breakthrough in the Italian neorealist Rome Open City. Her presence is full of energy and she is clearly a gorgeous woman who was the foreign Rita Hayworth in terms of being a bombshell for the time. As seen in his next film, music becomes the rhythm of the mood, here by the composer Antonio Vivaldi. The theme to this, as in The River, is regular life is not suited for everyone. The government official cannot force his love onto others and Camilla cannot simply walk out on the stage life; her total happiness is constricted to the stage.

In nineteenth-century Paris, a stage director (Jean Gabin, who starred in Renoir’s Grand Illusion and La Bête Humaine) works on recreating an old dance that is a sensual tease. However, the director finds himself attracted to a new dancer even as he sets the performance for his girlfriend. It was another rich colorful film and one Francois Truffaut proclaimed it as a major turning point for French color films, saying, “Every scene is a cartoon in movement.” This was his father’s Paris, reflecting the era of impressionist art that was the popular form as seen in the backgrounds. The music is lively, the audience is international, and life, even with the sudden complications of love and what Paris can do, is celebrated in grandiose style. French Cancan was a commercial success, the last one he would ever have.

What is really the last good film by Renoir is a free-spirited romantic comedy about a Polish princess (Ingrid Bergman) who is engaged to a wealthy man but finds herself in love with the officer Count de Chevincourt (Mel Ferrer, who later married another fictional princess, Audrey Hepburn) For the Count, he is used in influencing a military coup as the princess is known for her blessings of good luck. It becomes a love triangle of loyalty to country, honoring commitments, and political intrigue. The story is a farce type of romance, albeit a “cynical” one, as said by Christopher Faulkner. However, the social criticism that could be slightly interpreted is one of light and certainly a happier ending than his previous works. For the princess, she uses her power as an attractive woman to play the strings of her men’s desires.

Unlike his work in the 30s, this was a more fun time and one where Renoir slowly got reacquainted with French cinema because of his bitter split from the country. He transferred into modern times with Technicolor and permits it to flourish the screen on all corners to capture the exotic scenery. Renoir’s modernism came right before the French New Wave began, making this his last hoorah as a captivating filmmaker before being relegated to a respected legend that was outdated for the current times. Yet, those directors who would surpass him and future students would look at his latter half as pure Renoirean as his masterpieces from three decades before.