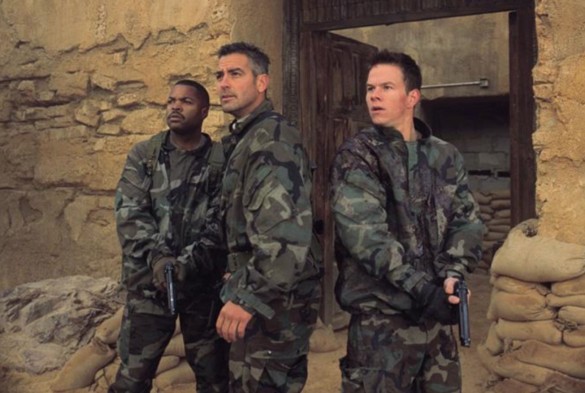 Last year, I did a piece on films that received a ton of notoriety with their lengthy production and overblown budgets which resulted in critical failure for most, but some received actual praise afterward. The same is here for these next few which went into studio politics, logistical nightmares, and cases of enfant terrible on the set – which, as you will read, someone nearly was murdered because of it. Luckily, as with the documentary showing how terrible it was making Apocalypse Now, two of these films have a behind-the-scenes look to where and why these films got caught in a whirlpool of trouble neverending.

Werner Herzog’s second effort in the South American jungle nearly got him killed and he almost had his lead actor killed for him. No, seriously. Someone offered Herzog the decision of killing Klaus Kinski. Herzog was tempted to say yes but declined because he needed to finish the film, but the trouble went way back when Jason Robards was supposed to play the titular role and had to withdraw midway after contracting dysentery. At the same time, natives in Ecuador where the film was being shot threatened the crew who fled and the film camp was burned down. Kinski was called in to replace Robards and refilm the entire movie, but his notorious temper, fighting over the smallest things and threatening to kill Herzog himself made it a hell for everyone in the production. This is where a native extra made the offer for Kinski’s head. Les Blank’s Burden of Dreams captured the entire chaos on camera.

Where do I begin with this catastrophe? Richard Stanley, the original director, had written a script faithful to the original novel by H.G. Welles, which was then undercut by his two stars, Marlon Brando and Val Kilmer. Bruce Willis was also slated to star when he suddenly dropped out and Brando’s daughter committed suicide, sending the actor into an understandable depression and isolated himself back at home to mourn. This was before shooting began. When filming did begin, Kilmer came to loathe Stanley and criticized him harshly; co-star Rob Morrow begged New Line to let him go on Day 3 and received his wish. Stanley always fought with New Line over his vision, and as the budget jumped from $40 million to $70 million in a span of a week, he was fired and replaced by John Frankenheimer.

It still got worse. As Frankenheimer quickly had the script rewritten, his old-school style approach caused more friction between himself and the crew. Brando returned after the funeral of his daughter, but he and Kilmer immediately butted heads and Frankenheimer was almost at Herzog-killing-Kinski level because of Kilmer’s rudeness and stubbornness towards everyone. When Kilmer finished filming his scenes, Frankenheimer allegedly told his crew, “Now get that bastard off my set”. What was supposed to be several weeks turned into several months before principal photography wrapped, and Richard Stanley, still reeling over his firing, turned up incognito as an extra and heard of the horror stories from members of the crew. The movie was trashed upon release and in 2014, a documentary on Stanley’s experiences with the fiasco was released titled, Lost Soul: The Doomed Journey of Richard Stanley’s Island of Dr. Moreau.

David O. Russell caused issues from the start when he was hired. First, he rewrote John Ridley’s script to where almost nothing of his was left and was stuck with just a “Story By” credit, something Ridley was left fuming with because he knew nothing of the changes until filming had already commenced. Next, Russell’s conventional style from independent productions was not conforming to what Warner Brothers had in mind and tried to put restrictions on the budget, shooting schedule, and risks Russell wanted to do (the exploding cow scene was allowed to stay). Third, Russell’s temper was very noticeable and when George Clooney confronted the director over his behavior towards an extra, they had a physical altercation. Somehow, Clooney, balancing his work on E/R at the same time and his battles with Russell, stayed on and they finished the project. Will both work together again? Nah. But the two have stated they have fixed the relationship following the fracas.

Yup. That Disney animated film had its own problems. How could a nice Disney buddy comedy with David Spade and John Goodman be fraught with problems? When the project was greenlit in 1994, Roger Allers, fresh off the success of The Lion King, sought to make an ambitious musical influenced by Mark Twain’s The Prince And The Pauper, an epic film with a score and songs by Sting. But by 1998, the project was several months behind schedule and would not make its release date, now penciled in 2000. With studio executives having doubts about the project, aware of early screenings being poor with what they had so far, and the producer’s refusal to delay the release or add to the budget approaching $30 million, Allers left.

To save the project, new director Mark Dindal overhauled the entire story to make it shorter and get away from the complexities in the original storyline. Also, they dropped all of Sting’s music except one, the song “My Funny Friend And Me,” which received an Oscar nomination, and cut roles that would have featured Owen Wilson and Harvey Fierstein. During post-production, Dreamworks’ The Road To El Dorado was released which had several similarities executives feared would hurt the film critically and commercially. But after $100 million being spent, The Emperor’s New Groove was successful at the box-office and with good reviews. In one last twist for Disney, the troubled production was filmed by Sting’s wife, documentarian Trudie Styler, who released the behind-the-scenes footage in 2002 called The Sweatbox.

Some of you may have forgotten that Alejandro G. Inarritu’s most recent film (5 years already and that’s been his last full-feature project) had some issues throughout its production that sent poor Leo DiCaprio into hypothermia. It languished in development hell for a decade, changing actors, directors, and producers until Inarritu and DiCaprio joined and began filming in 2014. It began with a $60 million budget, adjusted later to $95 million, but by the time filming ended, the cost was $135 million. Crew members either quit or were fired as they struggled with the long days due to Inarritu’s insistence that it be shot in sequence with long takes and natural sunlight, and in addition, the production had to move to Argentina at the end because Canada’s winter was unusually mild. It worked well in the end with DiCaprio getting that elusive Best Actor Oscar and Inarritu winning his second of back-to-back Best Director Oscars. And, if anyone also remembers, some thought DiCaprio was getting raped by a bear – which was nonsense – so here’s the scene again to watch.