The new poster for Riddick is, well, dark.

Riddick is a sequel to Pitch Black, the 2000 film starring Vin Diesel about a group of marooned space travelers who get stuck on a very dark planet. Like that film, Riddick is directed by David Twohy and stars Diesel. 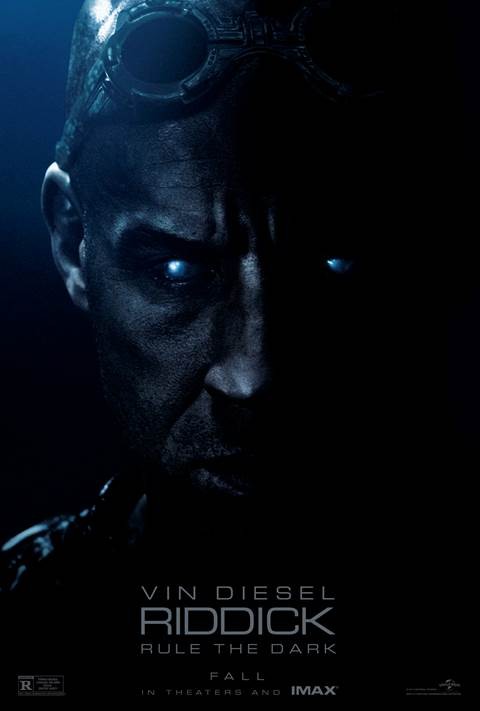