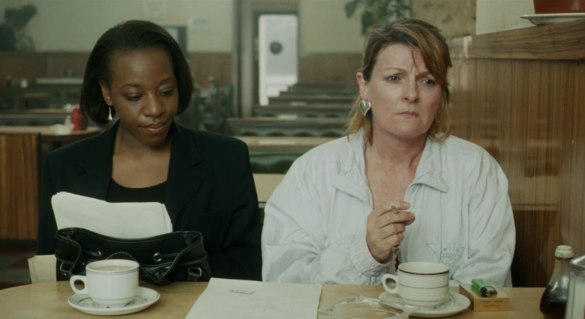 At the of the first quarter of this year, we have a brand new set of films for the Collection. One film from Martin Scorsese’s World Cinema Foundation will get its own release, two directors will have another film of theirs get the treatment, and a new director joins the list with one of the most postmodernist films ever in the Collection. Speaking of new films to check out, I will put out soon my first quarterly list of favorite films from the Criterion Channel, movies I have not seen before. For those who haven’t checked the CC out, some of these new movies can be seen there as if it is a digital copy you own. Make sure you check that out. Now, for the movies coming out this month:

Writer/director Djibril Diop Mambéty put the cinema of post-colonial Senegal on the map with a road trip featuring two young lovers leaving the country for the dreams of France. But remaining connected to their roots proves to be a harder task to disconnect from as they reach the dock for their journey to the modern world. Mambéty comments on the post-colonial world and this newfound sense of independence from a nation’s inhabitants after decades of exploitation. Yet, it also puts forward how the young generation seeks to move on past the struggles of fighting for that independence their ancestors sought for them, yet they want something bigger.

Director Jacques Rivette went on an experiment with two girfriends who take a trip into Paris and embark on a rules-breaking adventure that sends viewers into another realm. Daydreams become real, investigating a murder becomes an adventure, and the road trip film with these women is shattered for another type of travel. Juliet Berto and Dominique Labourier are both the titular characters and co-writers with Rivette and others in this super collaboration where no idea is discarded and lets the imagination run wild.

Albert Brooks gets another wonderful comedy of his in the Collection with this romantic-comedy of a recently dead man, played by Brooks himself, stuck in purgatory and meets a woman (Meryl Streep) whose personality is the opposite of his, but falls in love with her and seeks to be judged worthy of heaven to be with her. Brooks’ directing credits have all touched upon a human element that pushes characters into a scenario that challenges their own beliefs and feelings. His other Criterionized film, Lost In America, satirized an American’s wish to be “free” and explore. Co-starring Buck Henry,  Rip Torn, and Lee Grant (plus a cameo by Shirley MacLaine with her views on reincarnation), Defending Your Life is about handling our fears and being able to live life as it was intended to be.

Mike Leigh’s Palme d’Or-winning, Oscar-nominated drama follows a black woman (Marianne Jean-Baptiste) who was adopted at birth finding her birth mother, only to make the shocking discovery that she is a white woman (Brenda Blethyn) from a dysfunctional family. Blethyn’s performance is the amazing standout, innocent but fragile to her own family’s behavior while having to confront a secret to the entire family. One of Mike Leigh’s best features, it once again taps into middle-class life and the surprises that come along that either gives a thrilling or shocking surprise. Whether it be a contemporary or a period piece, Leigh once again provides a provocative portrait on a subject that can (dis)connect the family dynamics in any area.