Movies Series: Before Midnight (Before Trilogy) 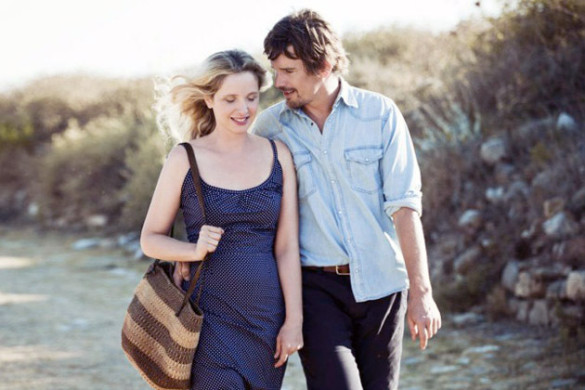 Synopsis: We meet Jesse and Celine nine years on in Greece. Almost two decades have passed since their first meeting on that train bound for Vienna.

DIRECTION
Richard Linklater decided to change things up a bit in Before Midnight as this film is set nine years after the conversation we see in Before Sunset, but it involves more than just our two friends. We get several scenes where Jessie and Celine are interacting with other couples and even a elongated scene at a dinner table with a group of people. However, the story here is much more stressed and not as light or fun. Linklater decided to capture the essence of relationships in a different light as they aren’t always fun and stress free, but rather complex and sometimes full of tension. The realism you get here is the same, and in some ways maybe more, but relationships get stressed at times and Linklater displays it so prominently and realistically while keeping the essence we’ve always had between Jessie and Celine. The cinematography is also a little bit different and more beautiful as the camera moves around in southern Greece. Later in the film, there’s an interesting nude scene that takes place which is uncomfortably long and while on screen it feels like forever, the realism between couples engaging with one another is what’s most important here. Linklater’s Before Midnight isn’t as fun as the first two but I think it brings a realistic approach to being married with children and how sometimes stored up emotions impact those relationships. It’s a different approach than the first two movies which is about pursuit and intimacy between a couple in love where this movie, while displaying the characters we love in the way only Linklater can do, shows how that love isn’t always perfect.

SCRIPT
The story is nine years after Jessie and Celine meet up the second time and this time are in Greece on vacation with their now twin daughters. However, the first scene is Jessie at the airport saying goodbye to his son from his first marriage which is amazing well written and is what we’d expect in this franchise. One of the bigger differences in this film, is that we find Jessie and Celine in conversation with other people. We first see them in gender separated groups having conversation with other men or other women and you see them interact in a way we haven’t seen before. They are no longer in pursuit of love but living in the daily highs and lows that come with it and their dialogue represents that. This is especially magnified when we see them a dinner table with three other couples discussing love, sex and marriage and how they see those things. It’s also amazing because we get perspectives from three generations of couples but the conversation comes off as something we’d expect to see from our two main lovers, but now we have other people in the midst. What’s sort of surprising about all of that too, is that it’s funny. We have some pretty good humor that stands out as perhaps the best of all three films. The third act of the film however is much different as we finally get to see Jessie and Celine alone. This time it’s much different. The pursuit of love as faded but the want is still there and this leads to some interesting conversation. The tone overall is different though and not to be in a bad way, but to show realism in it’s finest as we all know love takes work and isn’t happy all the time. It’s what happens in the middle of that where it gets interesting and what I love about this script. No spoilers here, but it takes us back to absolute foundation that we’ve always had between these two which is amazing. The ending is very open ended as we’ve seen with this couple but I wouldn’t expect anything less.

PERFORMANCES
Would you expect anything less from Ethan Hawke and Julie Delpy here? What they do in this series is amazing. You get emotionally connected to a couple that literally doesn’t do anything but walk around and have amazing conversations. How do they do that? By flirting and engaging each other in realistic ways that we’ve seen ourselves enact on in our lives. Hawke and Delpy are again on their “A-game” but in different ways now given the script. We also get performances from some supporting actors and actresses as well for the firs time in the franchise. Walter Lassally especially stands out as the older gentlemen who is also a writer and gives Hawke’s family the chance to stay with them over the summer. His role at the dinner table especially gives some amazing insight into the characters and sets the mood for the table scene really well. The other supporting cast is just as good and fun to watch.

SCORE
Graham Reynolds gets to compose here and the score is absolutely what it should be, background accompaniment. The score doesn’t stand out very much and it doesn’t need to in a film that’s full of dialogue which needs to be the focal point here. However, it does add some nice, summer touches at times that makes the film feel friendly. It’s nothing memorable but Reynolds does the job he needed to do.