Movie Review: ‘Zama’ is all wait and no reward 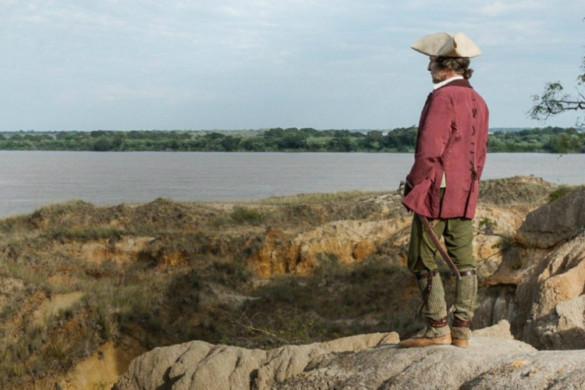 Synopsis: Based on the novel by Antonio Di Benedetto written in 1956, on Don Diego de Zama, a Spanish officer of the seventeenth century settled in Asunción, who awaits his transfer to Buenos Aires.

I have no problem with the final 30 minutes of a film being the best part, but the first hour and a half should at least give you something to keep watching. Had I not known I was going to be writing this review, I probably would have checked out of Zama.

But let’s get to the good first, shall we?

Director Lucrecia Martel certainly has a unique visual style. Here, she has no qualms about showcasing the dirty and rotten parts (both literal and figurative) of the South American towns where this story takes place. Martel is the best this film has going for it, but her skill behind the camera was not enough to redeem the entire experience for me.

This is the story of Don Diego de Zama (Daniel Giménez Cacho), a Spanish functionary who is awaiting a transfer to a better station. At the beginning of the film, he is told that he will not have to wait long. But then the process continues to drag on, and on, and on. He is forced to wait until he can wait no longer.

At all times, this film artfully toys with the notions of class dynamics and Spanish colonialism of that day. It is a period piece depicting 17th century South America. The screenplay is adapted from a novel by Antonio Di Benedetto written in 1956. The screenplay does feel quite literary at times, something I’m usually quite fond of. There is also a dreamlike aspect to this film, another thing that usually does not bother me.

The performances are fine, but there’s nothing here that drove the story forward. The early parts of the film stagnate to a screeching halt. That the film’s closing picks up steam is not enough to redeem it, in my opinion.

Once Zama realizes that his transfer will not be coming any time soon, he decides to join up with some soldiers who are going after the notorious bandit Vicuña Porto (Matheus Nachtergaele). This is where the film has its best moments, but by that time it has kept us waiting too long.

That is surely part of the strategy, here. I must give Martel credit for her firmness in sticking to the story. But there wasn’t enough visually or thematically here in a film that focuses on a man who is…just waiting. There simply needs to be more here for us to sink our teeth into. Zama’s character is developed, but he could have been developed further. We could learn more about his history or his desires. He spends much of the film staring off into the distance or throwing furtive glances at passersby. The supporting characters certainly could have been given more to do. The few scenes with Luciana Piñares de Luenga (Lola Dueñas) are some of the most entertaining in the film. But we don’t ever really learn much about her. Maybe the transcience of the characters is supposed to serve the dreamlike quality of the film. I’m not sure, but it didn’t work for me.

I also wish that there would have been more visuals of the beautiful nature outside Zama’s doorstep, but even those shots were mostly saved for the end.

There is a shot at the very end of the film where Zama is floating in a boat with green mossy growths parting across the stern of his small vessel. This was my favorite shot in the film, but – without trying to sound like a broken record – it was a case of too little, too late.

Zama has been critically acclaimed since its release. Maybe I missed the boat on this one. All I know is that I can’t imagine ever watching this film again, and that’s usually a pretty telling sign upon finishing a film.