Movie Review: ‘Worth’ Has Great Performances, But Undercooked Themes 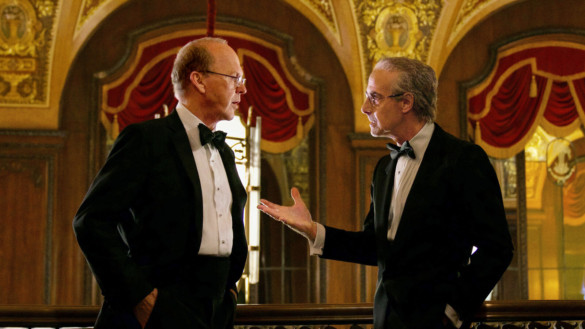 Synopsis: An attorney in Washington D.C. battles against cynicism, bureaucracy, and politics to help the victims of 9/11.

Sara Colangelo’s Worth begins with the central question of Kenneth Feinberg’s book, in which the film is based: “What is life worth?” Michael Keaton plays Feinberg, a lawyer specializing in mediation and alternative dispute resolution, and asks the students he is teaching. How much is your life worth, depending on the occupation you had and the contribution you’ve made to society as a whole? Of course, the rich will greatly benefit from their value, while the rest may not get anything in return for their contribution or very little.

This central question will chronicle Feinberg’s place in the September 11th Victim Compensation Fund. The Bush government established the fund to compensate the families of 9/11’s victims in exchange for their agreement not to sue the airline corporations involved. And while Worth contains two terrific performances from Keaton and Stanley Tucci, its themes and structure feel massively undercooked, as it only presents superficial supporting characters and ideas to drive its main narrative.

What really holds Worth together is the incredible performances from its two main actors. Tucci plays Charles Wolf, an activist for anyone who believes Feinberg’s fund is unjust and unequal. Whenever he has to confront Feinberg on the fund’s formula or its problems, these sequences are riveting, as they showcase how truly talented both Keaton and Tucci are when they have riveting dialogue. Unfortunately, I can’t say much for the rest of the film. Still, these scenes truly light up the film and transform a rather surface-level script into a must-see, as it acts as another great vehicle to showcase why Michael Keaton is one of the greatest living actors working today, and a reminder that Tucci has always been underappreciated. As we’re nearing Awards Season chatter with numerous film festivals happening this month, everyone has seemingly forgotten about how great of an actor Tucci was in Supernova, one of the best dramas of the year. It’s a damn shame because Worth is another great opportunity for him to demonstrate his talents, but others will overshadow his performance as we dive deep into Oscar season. But here’s a fact: you can watch Tucci and Keaton for literal hours and never get bored.

Worth also contains great supporting actors, including Amy Ryan, Tate Donovan, Laura Benanti, and The Sopranos veteran Chris Tardio, who are all great here. Benanti, in particular, gives an emotionally draining performance as the wife of a firefighter who sacrificed his life to save his brother (Tardio) during 9/11. The scene where she meets Feinberg for the first time highlights the film and brilliantly illustrates her acting talents more than anything else. Unfortunately, Benanti’s character is the only supporting protagonist to which the audience may attach themselves emotionally, with the film’s other characters only staying in surface-level motivations. Take Tate Donovan’s Lee Quinn, for example. Donovan is a highly skilled actor who has proven himself in multiple roles in the past, but in this movie, he is the typical bureaucrat who doesn’t want to help anyone but his own pockets. It would’ve made an interesting antagonist force for Feinberg, who must overcome partisanship and bureaucracy for victims’ families to commit to the fund. Still, none of the conversations with Donovan are in any way interesting, just as Feinberg’s female partner, Camille Biros (Ryan), who is sidelined as a “supporting female” for most of the film, without any development on who she is or what will be her contributions to the fund with Keaton.

Worth‘s biggest problem is that it doesn’t know what it wants to say on Feinberg, the victims, or the foundation of the fund itself. It chronicles moments in Feinberg’s path to help the victims’ families, but it doesn’t give us any compelling insight nor drama on the situation. Instead, it’s a rather traditional “walk and talk” drama, where conversational sequences make it appear like something is going on, as the characters are constantly in movement from one place to another. Still, once you listen to what’s being said, you’ll quickly realize how unfocused and underdeveloped everything is. It’s packed with talented actors who make most of the film w. Still, it’s writing from Max Borenstein (whose other writing credits include the MonsterVerse) misses the mark for a truly emotionally impactful drama making a surprising impression during Awards Season. However, only the acting talents of Stanley Tucci and Michael Keaton will hold your attention in this film, and it is for that reason only that the film should be sought out on Netflix this weekend. But don’t expect anything spectacular.