Movie Review: ‘Wonder Woman 1984’ is Not a Scratch on its Predecessor 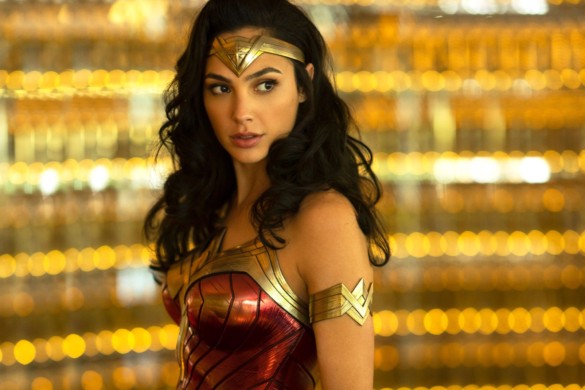 Synopsis: Fast forward to the 1980s as Wonder Woman’s next big-screen adventure finds her facing two all-new foes: Max Lord and The Cheetah.

Over the past few years, the DCEU has been a rollercoaster of solid films, not-so-great films, and an imbalance of tones with a lack of direction for the universe. However, one thing that was consistent for me throughout that was the character of Wonder Woman. Not only is her film the strongest of the DCEU films to date, but she was easily the best part about Justice League.

Whilst I will start by admitting that this sequel, Wonder Woman 1984, is nowhere near as strong as the 2017 debut by Patty Jenkins, there are some highlights within this film. The main storyline is engaging, with the stakes building up consistently. Not only is the premise fun and works well within the comic-book genre, but it is fleshed out with lure behind the premise and grounding it within the universe it is set in, creating an exciting story that works for the DCEU.

The visuals for this film are simply stunning. Due to the year that this has been, there have been very few films that have been released that are made for the big screen and have those big visual effects because of that. Aside from perhaps Tenet, this is the best visual effects work I have seen all year. There are some questionable choices, such as the design of The Cheetah, but the actual CGI in sequences such as the lasso are so well done.

As expected, the performances across the board are solid. Gal Gadot is a wonderful casting choice for the character of Wonder Woman and is as charismatic in the role as ever. Chris Pine also does a wonderful job in his role (which I am glad to report is explained quite well, considering where the 2017 Wonder Woman leaves the story off) and is also as charismatic as he was previously. The new cast fit in with this world incredibly well, but it was actually Pedro Pascal who stood out to me within this film. It does take a while to settle into what he is doing with the character of Max Lord, but it is an insane performance that has a huge payoff by the end.

Kristen Wiig did a solid job with the material that she was given in portraying Barbara Minerva, aka The Cheetah. However, this film does not give the character enough time to fully display her arc and show her as The Cheetah itself. She is played off as a complete stereotype of something that feels like it came from another generation. Whilst this movie might be set in 1984, the message should be universal, and yet they lean into the overplayed stereotype of how women should look and what is considered “attractive”. For a franchise that is all about women’s empowerment, I felt this missed the mark of getting that message across.

I also found myself having issues with some of the more basic aspects of the filmmaking. This story did not need 150 minutes to tell it, and there were several scenes in here that felt like they were just filler or having fun with the setting, rather than pushing the narrative along. I also found that there was a lacking amount of good fight sequences, with the final battle, in particular, being extremely disappointing. Whilst the choreography looked cool, the editing and cinematography made it hard to focus on, making it hard to enjoy or care about the outcome.

The writing itself I also found myself having problems with, but this goes beyond just the writing of Barbara Minerva. I actually found myself disliking the dialogue within the film, unable to strike a natural balance between personality and exposition. Not only did some of the writing come off as cliché and cheesy, but there was so much exposition within the dialogue that could have come off so much cleaner by showcasing it. It just felt forced and unnatural, something that did not happen within 2017’s Wonder Woman.

When I walked out of the cinema after the film, I did leave having had a fun time out and being amazed at the visuals on the screen. However, looking back at the film itself and not the experience, it is easy to see the flaws within the film. As great as Max Lord is as a villain, it is tough to see the poor treatment of Barbara Minerva as The Cheetah. As great as the visuals are, the 1984 aesthetic does not save this otherwise engaging story from the dialogue and writing within it. It is a fun comic-book flick, something that people have been waiting for this year, and I can guarantee many DC fans will enjoy it and have fun with it. However, it is certainly one of the weakest from the DCEU in the past two years after the recent solid run they have had.