Movie Review: These ‘Widows’ are here to thrive and not to grieve 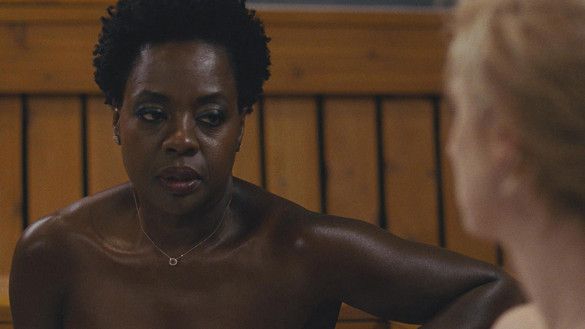 Synopsis: Set in contemporary Chicago, amid a time of turmoil, four women with nothing in common except a debt left behind by their dead husbands’ criminal activities, take fate into their own hands, and conspire to forge a future on their own terms.

When the widows come knocking — masked and armed — the right thing to do is to roll out the carpet that leads to the safe.

Simply put, Widows is a ride. The film is your favorite theme park’s “deceitful attraction,” one that abandons its minimal-in-thrills guise the moment it’s in motion. Imagine boarding one of those teacups and then discovering there are boosters on the sides — that is how it is going to be from minute one. As for accompanying music? It will be commentaries both potent and pointed (and give merit to the argument that 20th Century Fox has mistimed this film’s release i.e. after midterms).

This Widows is a feature-film, Chicago-set version of the 1983 British series, and on a similar no it asks you to cross out all the husbands from the get-go. After some hurried morning embraces and equally so breakfasts, the four men are off to procure cash, illegally and with artillery, not knowing that today will be their last time. Melancholy promptly comes knocking on the wives’ door, of course, and for one of them — Veronica Rawlings (Viola Davis) — there is that plus politically tinged menace in the form of Jamal Manning (a masterfully intimidating Brian Tyree Henry) and his hitman brother Jatemme (a freaky Daniel Kaluuya). Per Jamal’s telling, the heist that Veronica’s husband (Liam Neeson) led was supposed to add $2 million to his campaign coffers, which should give him an edge over a legacy politician (Colin Farrell, properly weaselly), and since the cash isn’t here it’s now her job. With that much danger and threat, she won’t do it alone…

The four leads — Davis, Michelle Rodriguez, Elizabeth Debicki and Cynthia Erivo — are living winds, brewing affecting storms when the stacked script from Gillian Flynn and director Steve McQueen approaches chaotic beats or jolting gusts in calmer times. That said, it’s easy (yet wonderful!) to not sure which is which when the surprises arrive, which are gasp-inducing by design but — true to McQueen’s style — are delivered without any fluff. Davis and Debicki are the definite highlights in the cast here; as Veronica, the former capable of discreetly turning others’ underestimation into a power source and make that hoping of reaping what’s sown into a surety. Regarding Debicki, there is much engrossment to be found in seeing her Alice evolving from a frail heron — she is abused by both her mother (Jacki Weaver, rechanneling her Animal Kingdom days) and her husband (Jon Bernthal) — to one who can use that image to conquer the opposition.

Through that, however, the commentaries shine. Widows is a “heist film,” true, but during the planning it has the means to prove that it’s more; certain beats replicate first-page headlines and, in the bigger picture, an increasingly devastating transactional culture. In moments addressing these McQueen displays more ease and elegance. Brief flashbacks shock. What begins as a one-take that’s semi-confounding from a technical standpoint ends as a potent visual thesis on the ripples of corrupted power plays. Not that the grander set pieces aren’t affecting — credit to McQueen’s upfront style — but in this area the signs of unfamiliarity are seen. They’re fleeting, thankfully, since backing the director are Joel Walker and his smart editing plus Sean Bobbitt who dips every frame in contemporary grit.

Though worlds apart, Widows is in the same neighborhood with First Man (which our writer, Ryan McQuade, loved) as a quality show that is struggling at the box office. How odd, seeing there is no flag-in-absentia incident or anything of the sort to scream at? Whatever the case, the film’s current performance reflects a willingness to let anything coming for your wallet instead of those who, like these widows, will do that through thrilling movements and edifying conversations.

Hear our podcast review on Episode 300: