Movie Review: ‘Whitney’ offers compelling insight into the rise and fall of the great Whitney Houston 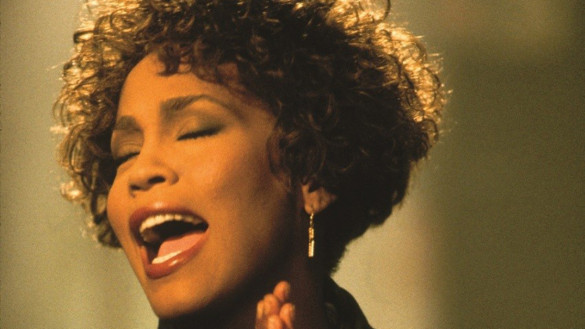 Director: Kevin Macdonald
Synopsis: An in-depth look at the life and music of Whitney Houston.

Whitney Houston was the greatest singer of all time. She still holds the record for most consecutive number one hits by any artist in history. She is among the top 10 bestselling artists ever, and I’m sure anyone on the planet could name and/or sing at least one Whitney song. This documentary, by Academy Award winning director Kevin Macdonald, chronicles Whitney’s life by way of home movies, TV appearances, concerts, and interviews with her family and friends. Her brothers are the chattiest of the interviewees, followed by a few family friends, Mary Jones and Aunt Bae, Whitney’s former music director Rickey Minor and the notorious Bobby Brown makes an appearance near the end. It is a good variety of people that cover different opinions, viewpoints and parts of Whitney’s life.

I consider myself a pop culture scholar and dabble in 80’s music trivia, and I was surprised at how much I didn’t know about Whitney prior to seeing this film. For example, Whitney came from a fairly famous musical family. Her mother, Cissy Houston, had a successful career singing backup for Aretha Franklin, Elvis Presley as well as a solo career. Two of her cousins were also well known singers, Dionne and Dee Dee Warwick. Despite the wealth of musical talent in the family, Whitney wasn’t pushed toward a singing career. She was groomed for one. When she was deemed ready, her mother tricked her into taking over a gig by pretending to be sick. From there her career took off. I like the films method to fast forward in time; Whitney song playing to a montage of images of Whitney and her life, sandwiched between newsreels and current events to let you know what was going on in the world at the time. The first one is set to an acapella version of “I Wanna Dance With Somebody”. If you are not ugly crying before this point, I guarantee it will make even the most hard-hearted person feel something.

The film spends a significant amount of time on Whitney’s upbringing and family, zooms through her career, briefly mentions her personal life, and then focuses on her addiction and inevitable fall from grace. My biggest complaint about the movie is that it felt rushed or over edited in spots, like the director had exactly two hours and had to make it fit. It’s obvious Kevin Macdonald had collected plenty of material, hours of interviews, but still struggled to tie it all together into a fulfilling story. It was also hard to watch at times – the interviews get understandably emotional, especially when discussing Whitney and Bobbi Kristina’s deaths. I won’t lie I got weepy a few times, and I’ll admit it… I’m not ashamed of it. Not a negative critique, just a warning to be prepared, bring emotional support chocolate and/or tissues.

I have nothing but love for this film, and I highly recommend it to any of the following: Whitney Houston fans, documentary fans, and anyone interested in pop culture and the life of popstars. I saw the film in the best environment possible – a small theater, packed full of passionate, vocal Whitney fans. One women started bawling loudly during the previously mentioned “I Wanna Dance With Somebody” montage and she continued off and on until the credits started rolling, and then she completely lost it. Not entirely her fault, they set the credits to “I Will Always Love You”. It was a miracle she was the only one hysterically crying.  A couple next to me yelled at the screen any time Bobby Brown tried to say “there was no drug problem, drugs didn’t kill Whitney”. Bobby Brown was booed and hissed and called a murderer. Videos of young Whitney singing in church were praised and got “Get it girl, sing, Hallelujah”. It’s definitely worth it to see the film in a theater if it’s playing near you.