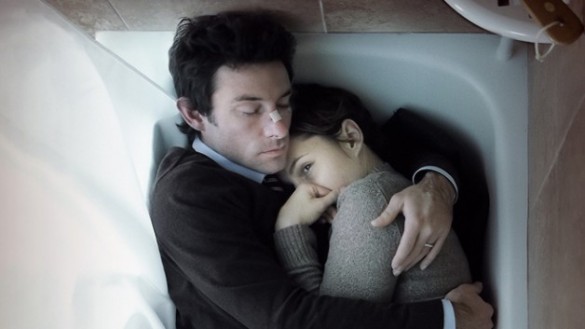 Synopsis: A man and woman are drawn together, entangled in the life cycle of an ageless organism. Identity becomes an illusion as they struggle to assemble the loose fragments of wrecked lives.

DIRECTION
Shane Carruth, who not only directed Upstream Color but also did the editing, cinematography, male lead, and score. Oh, he also acted as the distributor too. He doesn’t only just wear a lot of hats but he’s a genius at it too. The story he tells is so ambiguous and it makes no sense on the surface. However, it’s gorgeously shot and reminds you a lot of Terrence Malick in some scenes. In some cases, the cinematography is ambiguous and makes you wonder what he’s doing and it just adds to the complexity of the experience. The story really isn’t that complicated but it’s the way it’s pieced together and how it leaves gaps that make you scratch your head. This movie is so well crafted and thought out and will leave you weirdly satisfied at the end.

SCRIPT
I don’t even know where to begin here. The story centers around a woman, Kris, to is drugged and is infected with a parasite which leaves her conscious but unaware of what’s going on. She’s forced to sign her assets away to the man who drugged her and when she awakens she isn’s sure what happened to her. It’s after that where this movie starts to really get ambiguous. Before she awakens she somehow is at a farm where she transfers the parasite from her to a pig. Yep, that’s right. Later she meets up with a man named Jeff, whom they start a relationship and she soon finds out Jeff had a similar experience. The two start to remember some things of their past and the pieces start to come together of what happened (sort of). At least that’s my best guess, although I don’t think anyone has figured out this beautiful puzzle yet. What makes the story work is how interesting the characters are. You find yourself interested, frustrated, angry, and engaged with the characters and their interactions all at the same time. You have no idea what’s going on yet you care for them and what happens to them. Jeff and Kris’ relationship is intriguing and gorgeously captured and you can’t help root for them, which is amazing once it all comes together. It’s so unique and different and it has Shane Carruth written (literally) all over it. While it’s beautiful art and geniously written, it will make some people extremely confused and could throw you off if you’re not into it. Although it makes you think, it’s within the thought you can find the awesomeness of this story.

PERFORMANCES
This film is mostly just our two main characters played by Amy Seimetz and Carruth. Their chemistry is amazing and they make it really easy to buy into their relationships. And not only are the characters written well (and extremely weird), it’s the way they make it come off screen that makes it also believable. The confusion and ambiguity is palpable all over both actors and it’s within the confusion where the beauty of this story lies. The characters are forced to grow together and are there for each other when the truth rises of what happened. And while there is little dialogue between Seimetz and Carruth, their body language and chemistry make it amazing and beautiful to watch. Extremely well done.

SCORE
Well as I mentioned before, Carruth also did the score and it’s incredible. The score fills this film quite well and it makes the movie feel really full. And because there is little dialogue the score really stands out here among the beautiful shots that will define this movie. The melodies are gorgeous and soft and will accompany the sad and confusing tone of the film really well. It’s actually a great score to listen to outside the film as well, although you need to be in the right mood for it. The music doesn’t have happy themes that you’ll want to party to but they are themes that fit well and sound great.