Movie Review: ‘Unsane’ is clearly insane, even when it’s hard to pinpoint why 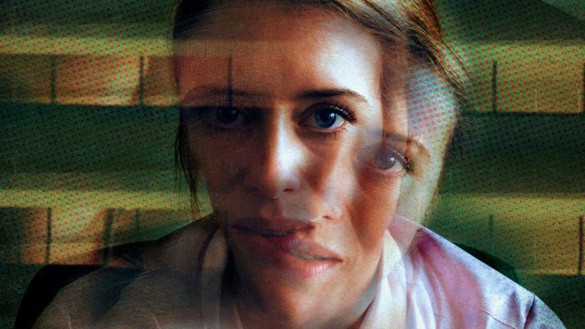 Synopsis: A young woman is involuntarily committed to a mental institution, where she is confronted by her greatest fear–but is it real or a product of her delusion?

Just when you thought Steven Soderbergh had officially retired like he said he would, he finds another way to justify his unique approach at experimentation; he is an experimenter after all. And that is something no one can deny, that each of Soderbergh’s films serve as some form of genre and/or technical investigation, something that triggers him to get back behind the camera and tackle something he hasn’t done before. This brings us to Unsane, unquestionably another Soderbergh experiment, and yet nothing like Soderbergh has done before. Are you confused? Imagine how I felt leaving the theater right after seeing it.

Unsane is a film I had no idea what to make of, in fact I didn’t even know if I liked it. And still as I type my words onto this page, I don’t have a clear answer as to what Soderbergh’s end goal was. Told from the point of view of Sawyer (played by Claire Foy), a self-driven female millennial who inadvertently commits herself to a mental institution (against her will as she states), Unsane, notorious for being shot solely on an iPhone 7 Plus using only three Moment lenses, feels like it could be either one of two things: an attempt to dramatically surpass the genre tropes that typically come with films about mental illness, or a simple exercise in schlocky melodramatic horror, a common approach with movies of this subject matter (i.e. Samuel Fuller’s Shock Corridor and even Martin Scorsese’s Shutter Island). While the film has a lot of issues regardless, I have decided to review Unsane as the latter, a junky 1970’s-style horror film, because if I don’t then the film doesn’t work for me at all (in fact I find myself hating the film if this were the case); I am willing to give Soderbergh the benefit of the doubt.

What defends Unsane as a schlocky melodrama goes back to its cinematography, using that iPhone 7 Plus. The shots in Unsane look cheap, ugly, and dirty, much like a reel of security camera footage. Perhaps this was Soderbergh’s attempt at imbuing Unsane with a sense of realism, but I refuse to buy into that; it looks junky, and I firmly believe that that was the point. And in its melodrama comes more evidence to support the film’s junkiness, from the forced and strict commentary on corporate greed in the health care system (the willingness to lock away sane individuals just to make a dime reeks in absurd self-awareness), to the biting sense of humor between the various inmates (Jay Pharoah is especially a treat here). This is precisely why Unsane works more appropriately as a tongue-in-cheek exercise in sheer insanity, otherwise Soderbergh’s depiction of mental illness just comes off as an offensive trope and misguided scare tactic.

One of Unsane’s biggest narrative components has already been provided in the film’s marketing; Sawyer’s possible stalker, played by Joshua Leonard. While an aura of mystery still remains with regard to Sawyer’s mental credibility, Joshua Leonard’s performance (known as one third of The Blair Witch Project) may suggest otherwise. In Unsane, Leonard plays David (or George, depending on who to believe), and is fully unhinged in his performance; Soderbergh refuses to let Leonard hold anything back, and his performance is both troubled and incredibly hammy, the best kind of threat for the schlock that this film is. It’s a performance that wouldn’t feel out of place in even a grindhouse film, and is yet another element to the film that wouldn’t work without seeing Unsane as tripe filmmaking; you have to applaud Leonard for just really going for it, and it’s even better when he does great work.

And yet, even as I can accept Unsane more easily as schlock, it still so far from perfect that it’s actually quite frustrating. Narratively speaking, we get little to no setup regarding Sawyer’s possible stalker, and it is something we just need to accept when it comes into play. But even worse is the third act, which plays out with no surprises, anticlimactic revelations, and simply becomes overly tedious and repetitive. And then there’s Claire Foy’s performance, commonly seen as the best thing in the movie. This notion troubles me, going back to my questioning of the film’s overall approach; if Soderbergh meant for Unsane to transition itself from B-movie schlock to A-list drama, then Claire Foy’s performance really works, inviting in a sense of frightening realism. And that’s my problem, Foy is indeed really good here but perhaps too good, tonally off kilter with what I believe Soderbergh’s filmmaking approach is, and I can’t help but feel like her performance is out of a different movie.

I am willing to accept that there’s a lot to admire about Soderbergh’s experimentation here, if taken as a simple genre exercise. As anything else, it runs extremely close toward terrible offensiveness, and at the expense of saying a great director like Steven Soderbergh directed one of the year’s worst films, I’ll continue to judge Unsane as cheese. I enjoy cheese.