Movie Review: ‘Unfriended: Dark Web’ isn’t great, but an improvement over its predecessor 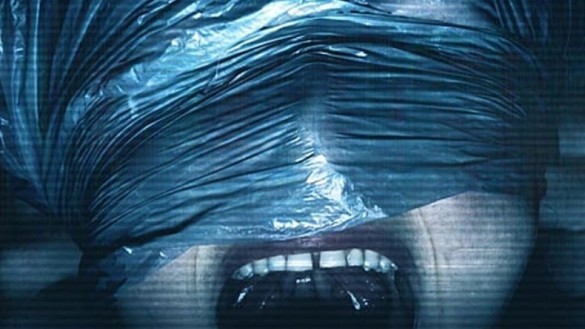 Synopsis: After taking a laptop from the lost and found, Matias discovers he is being digitally stalked by its previous owner who will do anything to get it back.

The horror genre is usually one of the first to try new, weird things in film. They can cause controversies over gore and other questionable content, and love to make us have an irrational fear of everyday things. Horror itself is broken down in many subgenres like action-horror, slasher, psychological, zombie, etc. Relatively recent additions to these are “found footage” and now “cyber horror.” These styles first started in 1980 with Ruggero Deodato’s Cannibal Holocaust (1980) but didn’t gain major traction until The Blair Witch Project (1999). With social media being such a huge part of the majority of people’s lives, it was only a matter of time before it became a staple in the horror world. Movies like Unfriended and Searching (coming August 2018) seem to be examples of what’s up and coming in this subgenre.

Unfriended: Dark Web is the directorial debut of horror writer Stephen Susco. It’s presented in a similar format as its predecessor – mostly Skype and Facebook text and video chats. The film focuses on Matias (Colin Woodell) who thought it would be a great idea to take a laptop from the lost and found at a cyber cafe. After trying to install an app he’s created that allows him to video chat with his deaf girlfriend (Stephanie Nogueras), he discovers the hard drive is full and digs around to see what’s there. With the help of his computer savvy friend Damon (Andrew Lees) he unlocks hidden files and discovers the previous owner of the laptop was involved in some very shady things.

During his computer snooping, Matias is also in a Skype video call having a virtual game night with five of his friends. After discovering the creepy files (and sharing them with his friends) he is contacted by the owner of the laptop who wants it returned or else. Without giving away spoilers, this movie makes you immediately want to cover every webcam, disable your location on all your mobile devices, and google “how to live off the grid”. The story convinces you that if someone is motivated and technologically savvy, they can find you. The nerd in me was so annoyed that every website and program used had usernames and passwords saved, meaning one click and anyone can log in. If bad guy hadn’t had done this, this whole movie could have been avoided. The moral to this story is clear your browsing history, create hard to guess passwords, and don’t steal random laptops. Another thing that bothered me about this film is it felt like they had a “technology buzzwords” checklist to get through so they could validate the “Dark Web” in the title. They go into bitcoin, darknet, wardriving, swatting, etc.

I like that horror movies are incorporating social media as a scare tactic. It seems like a logical progression of the genre that will hopefully traumatize some of the younger generations into being smarter on the internet. Also, there are apparently two different endings to this movie. I did not know this going in, but according to other reviewers I saw ending A which is similar to the first movie and not as well liked as ending B. I read what happens in ending B, and it does seem to resolve the story better, so if you are given the choice of endings (my theater didn’t have it posted anywhere) I suggest ending B.

Overall, Unfriended: Dark Web is much better than the first movie. It’s not great, but it’s an improvement. I liked that the antagonist was not supernatural because it made the film more realistic. To be honest, the scariest thing about this film was the trailer for The Nun shown in the previews, but Unfriended did a decent job convincing me not to antagonize strangers on the internet and leave things from the lost and found alone. I’m not sure this latest film, of the “found footage/cyber” genre is perfected yet, but I like that people are experimenting with it, and I am very interested in seeing what comes next.