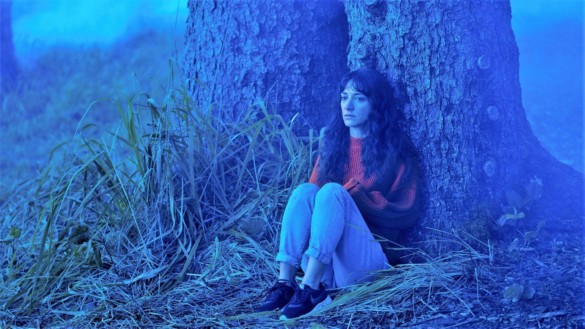 Synopsis: Two couples rent a vacation home for what should be a celebratory weekend get-away.

Looking at extravagant houses on Zillow, with zero intention of buying, is a common pastime among a certain subset of millennial’s who will likely never be able to afford a high-class life. Renting the second home of a wealthy stranger for the weekend, through an online marketplace such as Airbnb, is the only way many of us will ever get to experience what residing in a cliffside manor feels like. Plus, if you divvy up the day rate with a group it can be cheaper than booking a hotel. And more enjoyable. So long as the property host isn’t a creepy high-tech voyeur, or a killer. Such is the set-up of The Rental, actor Dave Franco’s directorial debut. As a director, Franco shows us that he has connections and some promise, however he’s got plenty of room for improvement in the auteur department.

Dave Franco and co-screenwriter Joe Swanberg’s film chooses to exist in the gray area between relationship drama and horror, without fully committing to either. And, unfortunately, this muddies the mood and sends the plot adrift. Swanberg’s “scripts” usually have a lively authenticity to them; in many of his films, there’s an organic nature to the dialogue and the way the story unfolds. This tale, on the other hand, feels oddly stilted. The goal is clearly to be a character-centric couples’ story that unhurriedly evolves into a slasher film. Very unhurriedly. I’d imagine the idea was to give the actors ample time to craft their characters before the terror sets in, eventually. But it reads as narratively timid. It’s like Franco wanted critics to call his film a slow burn, but… there has to at least be a simmer going on the back burner for that to be the case.

Thankfully, the cast is solid enough. And that’s a relief, considering how much time we spend with them while the movie gets warmed up. The two standouts among the principle players are Alison Brie and Sheila Vand. Brie is given the least meat to chew on, but the actress manages to lend her unique charm to a character who might otherwise be the most boring, seeing as she’s the most innocent of the bunch. Brie is also low-key the funniest, especially when she’s tripping on molly. Vand, who horror aficionados will recognize from Ana Lily Amirpour’s sublime A Girl Walks Home Alone at Night, is a breath of fresh air. Her Mina is equally vociferous and vulnerable. Vand is given several scene-stealing moments, like when she gets to impulsively confront their host about his suspected racism. But she also excels in quieter moments, like in the scene prior, in which she’s forced to listen to two white men discuss what is and is not racism. Her every micro-reaction suggests that she’s overheard this conversation hundreds of times already, and she definitely has.

The almost obscene amount of time Franco devotes to character stuff kinda-sorta pays off later. Because these folks make some dumb decisions in the final twenty-five minutes or so. But given the qualities we know about these four individuals—volatile, resolute, arrogant, complaisant—the decisions they make are somehow movie-logical under the circumstances. It’s too bad the show is practically over by time Franco decides to cue the killings and finally let his horror film be a horror film.

Franco seems to be going for a minimalistic approach, and it’s a drawback throughout—particularly in the final act. The deaths are so underwhelming that it makes you wonder why you invested so much time getting to know these people. A concerted focus on character is an admirable quality in a first-time director, no doubt, but characters that we theoretically give a damn about ought to receive dramatic sendoffs. And since there’s only a handful of them, what we see really needs to count. To save his own film, Franco should’ve leaned in and gone The Full Slasher. I’m sure he was going for understated—and understated is oftentimes very impactful in horror—but in order for it to be effective you’ve gotta actually state something at some point…

Visually speaking, The Rental is fairly well assembled. Franco has an eye, and he certainly has a fondness for fog. Good lord, is the Oregon coast really that foggy? Maybe cut back a bit on the fog next time, Dave… To be honest, though, I don’t think I need another Dave Franco flick. I’m not convinced that he’s a director with something to say, or a director capable of shaking up anything. And let’s be real, he only got this gig because of who he is. And he’ll undoubtedly get more gigs because of who he is. So, since future projects are inevitable, I’m curious what he’ll do in the years to come, how he will progress as a filmmaker. Because if Dave Franco is indeed determined to keep directing—and if each picture manages to be slightly better than the last—then by his fifth or sixth film he’ll surely churn out something noteworthy.