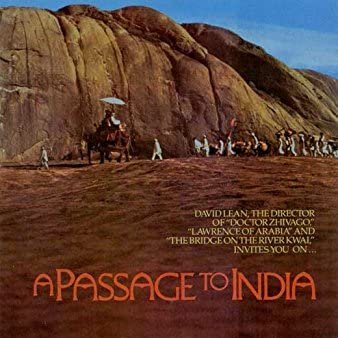 On this week’s Extra Film, Ryan and Jay conclude their David Lean Movie Series with A Passage to India, and then they review the drama, Summerland.

We are at the end of the second Extra Film director series, and it ends on another fascinating discussion among the hosts. With A Passage to India, Lean takes a look at Indian/British relations involving a scandal that rips the two communities apart. It’s equal parts epic with a courtroom drama attached to it. As for the reactions of the host, Ryan seemed to be higher on the film than Jay, but they ultimately thought the film’s racial problems got in the way of making it great.

After that, they moved their focus to a recent release with the British drama, Summerland. With good reviews and a nice PG rating, Summerland has been called one of the biggest surprises released on VOD this summer. But as the guys talk about it, the more they did not like a twist that is critical to the ending of the movie. It totally ruins the whole experience for the guys, leaving them completely disappointed.

But before the episode ends, you will want to stay till the end to hear who the guys will be covering in the next Movie Series, starting next week.