Movie Review: More of the same in The Purge: Election Year but oddly better than its predecessors 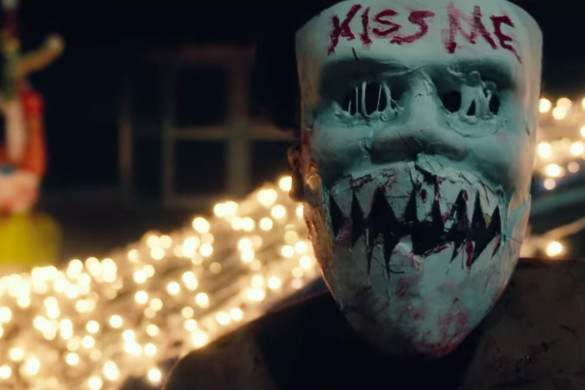 Synopsis: Two years after choosing not to kill the man who killed his son, former police sergeant Barnes has become head of security for Senator Charlene Roan, the front runner in the next Presidential election due to her vow to eliminate the Purge.

The Purge series, which started in 2013, has been a sort of guilty pleasure for me because the main premise of the films has been intriguing. If you are unfamiliar, The Purge is an annual event that runs for 12 hours on March 21 to 22, from 7 p.m. until 7 a.m., during which all crime is legal (including murder), and all police, fire, and medical emergency services are unavailable. In the first two films, high ranking officials are given immunity from being disturbed. The Purge (2013) was pretty decent, but I hated The Purge: Anarchy (2014).

The biggest issue I have had with both films have been useless and annoying characters that were plagued by a weakening plot. To date, the most annoying character I have ever seen in a movie was Cali in The Purge: Anarchy. Cali was one of the good ones, so I knew that she would never die as I was hoping, especially with Crossbones protecting her. The Purge: Election Year corrects all the issues of the previous films.

Leo Barnes (Frank Grillo), two years after the events of the last film, is now working as head of security for U.S. Senator Charlene Roan (Elizabeth Mitchell), the front-runner in the next U.S. presidential election. Roan lost her family in a Purge event 15 years earlier and is vowing to end the annual purge, which is strongly opposed by government leaders. For the first time in Purge history, no one has immunity, and can you guess who the prime target is? Sadly it’s not Cali from the previous film; it’s obviously the senator. The plot is pretty similar to the last film as we have Barnes and company battling to survive the night.

This time around director/writer James DeMonaco makes very simple changes in the same plot that makes a world of difference. Barnes is joined by other characters, but now the characters are much stronger, more developed and add something to the team. The script can go in so many directions with a film centered around violence, but the fact that Roan wants to end the purge makes for an intriguing target and creates a conflict that makes sense.

I hate sequels because I think most of the time they are unnecessary. I think having the first two films differ from each other was a bad idea because we never knew how the characters in the first film changed after the events. Having a direct sequel to Anarchy, we already know how the events affected Barnes, and we can cut the back story. DeMonaco does an excellent job introducing new characters and provided just enough about them that we want to root for them. The Purge: Election Year is the first time I have rated the third installment of a film series higher than any others.

The Purge: Election Year is a successful sequel and is proof that the director corrected mistakes from the previous movies and ended up with a rewarding cinematic experience.

Hear our review of The Purge: Anarchy here: