Movie Review: The Little Prince is an endearing story that dazzles visually 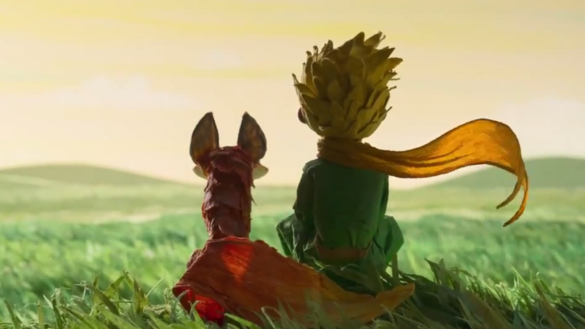 Synopsis: A little girl lives in a very grown-up world with her mother, who tries to prepare her for it. Her neighbor, the Aviator, introduces the girl to an extraordinary world where anything is possible, the world of the Little Prince.

Animations have always held their place in our hearts. They typically appeal to the innocent nostalgia of our childhood, and there’s always a larger meaning hidden beneath the surface teaching us a valuable lesson we should be utilizing in our every day lives as adults. Every animation film should hold this peaceful center ground between being aimed towards children, and having a creative element that appeals towards adults. The Little Prince captures this healthy middle ground, and dazzles visually while doing it.

With a wide variety of different animation styles, The Little Prince is an absolute joy visually. The film holds a lot of very serious undertones that create an incredible connection with the audience. Whether the audience is a young child, or a grown adult, the film has something that everyone can relate to and understand. The film only slams this idea into our heads further by having these immaculate visuals. With a modern animation style in the reality of the film, to the stop motion almost papyrus aesthetic when The Aviator tells his story, the film advances and broadens it’s spectrum visually. Giving something for everyone to enjoy.

As for a story, the idea is an incredibly interesting one, evolving from an almost Orwell 1984 dystopian city life, to the dream state glorified masterpiece that is the dream world and then finally we return to the Orwell style, showing the brutality of growing up and forgetting about people, and memories that meant a lot to you as a child. We see various different outlooks on the world our characters live in, and this adds another dimension to the film. Whole other universe’s are created, literally, and it is just pure essence of joy. We as an audience also connect seamlessly with these characters so once again props to the writers. It feels that in a lot of films that have been released this past year we seem to lack more and more connection with the characters causing the emotions that the film makers attempt to create to fall short. We cannot understand or even enjoy or dislike events that happen to a character if we don’t care about them at all.

The Little Prince is another wonderful little gem hidden within the canyons of Netflix’s selection. A diamond in the rough if you will. However, it’s an easy film to watch and comprehend, the film dazzles visually and emotionally giving us a copious number of emotions to feel and exhale as we finish the film. The film makers build us up, forcing us to feel for the characters and understand and share their happiness together. They also bring that happiness to a screeching halt and throw us down this rabbit hole of depression and anger, but only to bring us back to a glorious happy go lucky ending. In essence, The Little Prince film for audiences of all ages to enjoy.