Movie Review: The Lifeguard is a painful drowning 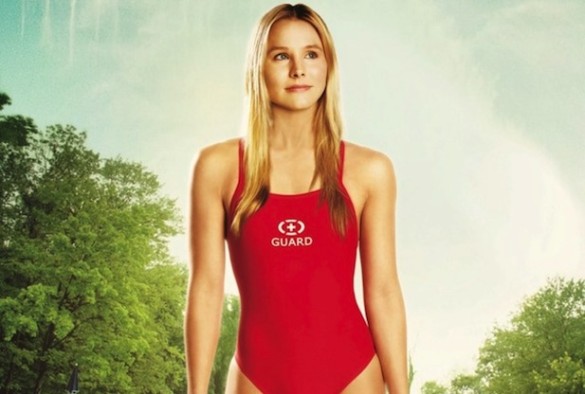 Synopsis: A former valedictorian quits her reporter job in New York and returns to the place she last felt happy: her childhood home in Connecticut. She gets work as a lifeguard and starts a dangerous relationship with a troubled teenager.

DIRECTION
The Lifeguard suffers in many areas and for Liz W. Garcia it starts with her script and her execution. The camera work is simple and a missed opportunity when shooting in the beautiful landscape of Connecticut. It’s sexy and misguided tone is painful and you’re hoping that the film ends way before it actually does. The main themes explored are well-intentioned but mostly leave you feeling empty and dull, much like the main character. For Garcia’s first feature length film, it’s mostly a drowning in the deep end.

SCRIPT
Ok, where to begin? The film follows Leigh, played by Kristen Bell, who leaves her job working for the Associated Press in New York City to move back home in Connecticut where she hopes to find more happiness. She struggles with insecurity and depression with no direction for her life. At the age of 30 and not knowing what to do, she becomes a lifeguard at the local pool where she meets a 16-year-old boy. They and the boys friends, hang out, smoke pot, drink and become incredibly un-interesting. It’s not the look or the culture that these guys represent, but the dullness of the characters and the choices they make, which apparently reap no repercussion in small town Connecticut. The story is painful, arduous and has little going for it. As Leigh and her 16-year-old boyfriend’s relationship heats up, so do the sex scenes, which are pretty graphic. The dynamics there are anything but alluring and the plot becomes filled with unnecessary subplots and characters who add nothing to the story and makes zero sense. The third act does get better and leaves some room for you to get on board with what’s happening. Once it comes full circle, there’s a little relief but not enough to repair the damage already done.

PERFORMANCES
Kristen Bell is fine in her performance but she adds nothing to make this character likable thus taking you out of the film. Her racy sex scenes and rebel-like behavior I think is appropriate to the tone of the film, but it isn’t fun to watch. The performances suffer from terrible characters and a vision that is lacking overall. The biggest disgrace is the misuse of Martin Starr as the gay (non-stereotypical) friend who doesn’t really do much in the movie. There were dynamics there that mostly fizzle and could of added to this film.

SCORE
Finally something worth talking about. Fred Avril’s score and the soundtrack here is actually good and fitting to the film. The down-to-earth, alternative music choices make the film way more fun that it actually is and it’s the only thing that will get you to the end. If there’s a takeaway from this movie, it’s that Kristen Bell shouldn’t do this again and the music is pretty good.