Movie Review: ‘The Lego Movie 2’ isn’t as awesome as the first, but that’s okay 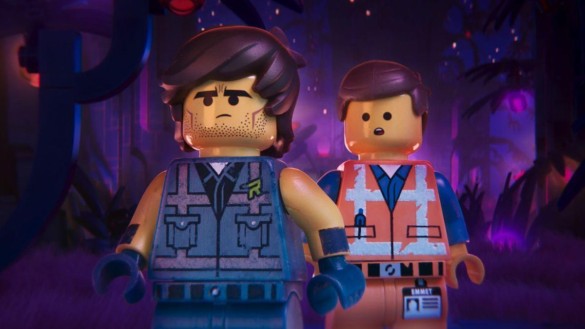 Synopsis: It’s been five years since everything was awesome and the citizens are facing a huge new threat: Lego Duplo invaders from outer space, wrecking everything faster than they can rebuild.

When the slogan of your movie franchise is “everything is awesome,” everything must maintain its awesomeness in order to conform to your previously established paradigm. In other words, the sequel must also be awesome. While The Lego Movie 2 does not equal the excitement and well-packaged fun of the first, it exists as a worthy follow-up and hangs on to the heart and soul of the franchise.

It’s been five years since the events of The Lego Movie. Strange DUPLO aliens have brought the citizens of Bricksburg to the brink of extinction. Now living in a dystopian society, a mysterious figure arrives and promptly kidnaps several of Emmet’s (Chris Pratt) friends, including Lucy/Wyldestyle (Elizabeth Banks). Emmet sets off on his rescue mission to save his friends, but along the way meets allies and enemies who test him at every turn.

The surprises of the original film are somewhat tempered, as we as an audience understand the connotations to the strange words and locations the characters mention. However, as one pieces together the subtle clues, the film still manages to wriggle out of those assumptions and delivers a few unseen gems that astound. This is the struggle of the sequel. Once an audience is educated in the language and laws of the filmic world, then the stakes are raised on how much can remain hidden from the audience’s expectations. Writers Phil Lord and Christopher Miller are keenly aware of this and manage to keep the audience guessing, which makes the film immensely entertaining for adults as well as children.

The themes of The Lego Movie 2 are deeper and more complex than those of the first film. Cynicism, masculinity, the ability to change, and empathy are all tied into an extremely entertaining popcorn movie. The jokes and the visuals come pretty fast, as they did in the first film, but this time the weight of the action and characters seems to threaten to crush everything that’s awesome. However, this never happens as the film deftly manages to be both subtly serious and outrageously silly. The deeper themes allow adult audiences to ponder the serious complexities, while kids will delight in the fever dream of colors, sounds, and musical numbers (and there are several well-timed numbers). This balance really helps when the perceived rules are thrown out the window and the film goes on to defy physical and temporal boundaries. Because of the trust and care instilled in the first half of the film, the audience accepts these breaks from reality, only due to the lack of reality inherent in the rest of the film. In other words, we accept the rules and understand the brittleness of the rules, but don’t seem to care at all when and if they are shattered.

In short, The Lego Movie 2 is a fantastic romp in a world of childhood dreams that can be enjoyed by adults and children alike. The all-star voice cast is superb, and the writing is top notch. The film plays with expectations and subverts those expectations to the delight of all, even as it tackles complicated themes. While not being the original, The Lego Movie 2 still manages to blaze a trail of its own, and deservedly takes its place in this brilliantly engineered franchise.

Hear our podcast review on Episode 312!