Movie Review: ‘The Invisible Man’ is a haunting film about abuse and the importance of believing women 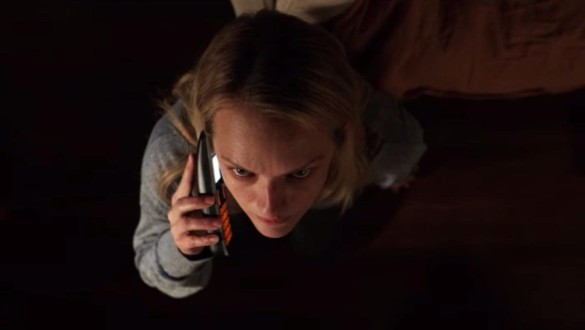 Synopsis: When Cecilia’s abusive ex takes his own life and leaves her his fortune, she suspects his death was a hoax. As a series of coincidences turn lethal, Cecilia works to prove that she is being hunted by someone nobody can see.

In Hollywood, nothing ever really dies. Whether it is a beloved character, or an entire universe, even if it fails, it will definitely be back. As recently as 2017 with The Mummy, there was an ill-fated attempt to reboot the world of Universal Monsters, even moving to the point of casting all of the monsters. Despite the star power of Tom Cruise, it failed, and with its death came the end of the entire connected universe plan. And yet, as we fast forward to 2020, at least one of the monsters has returned. With the help of Blumhouse Productions, and director Leigh Whannell have expertly revived The Invisible Man.

Among the many smart decisions made by Whannell and company is the focus on Cecilia (Elisabeth Moss). In most iterations of The Invisible Man, the first half of the film is detailing whatever crazy experiments take place which lead to the creation of the monster. Here, instead, both the opening scene (and the majority of the film, frankly) tell the story of a woman escaping an abusive relationship. That first scene is, indeed, one of the most tense few minutes of film you will see all year. Whannell uses both sound and shadow to replicate the fear that Cecilia must be feeling in that moment. Not to solely focus on that first scene, but probably the best choice made is to never truly show what Adrian (Oliver Jackson-Cohen) has done specifically. Instead Whannell leans on Moss, one of our best working actors. Every bit of stress and pain etched in her face tells us what we need to know. To hammer the point home, the fact that his dog has a shock collar should tell you how he treats people and animals he supposedly loves.

Through most of the rest of the movie, the audience (obviously) doesn’t see the titular villain. Although this is a monster movie, and an effective one at that, it doubles as a near perfect example of being in an abusive relationship. When an abuser puts on the costume of a “good guy,” it becomes easy for outsiders to disbelieve the reality of the situation. This is, of course, especially true if the person telling that truth is a woman. So, yes, there is a great deal of science fiction at work here, but it is also a sadly relatable story.

After the excellence of Upgrade, Whannell mastering genre work should be no surprise. For fans of his, there are some Upgrade-y moments of camerawork that didn’t quite mesh with this film, but that is a mild critique of otherwise masterful direction. He plays with both constricted and expanded space in the frame to simultaneously make you feel general horror fear and specific invisible attacker fear. When the camera is focused just in front of Cecilia, will the villain attack from out of frame? When the camera goes wide, what in the environment is about to move in impossible ways? In that latter situation, Whannell again uses shadow to great effect. So much so that you may find yourself squinting and wondering if you really did see something move, just like Cecilia.

While Moss is damn near perfect, as per usual, this is not quite a one woman show. Both her sister, Emily (Harriet Dyer) and her friend, James (Aldis Hodge), who are both police officers are wonderful additions to the cast. Hodge, who is having a fantastic run after a supporting role in Clemency, plays both the tough cop and the caring friend and father with equal believability. He and his daughter Sydney (Storm Reid) provide both some much-needed support for Cecilia, as well as people for our lead to care about when things inevitably go south. The relationship with her sister is probably the most complex in the film, and provides a moment late in the film that will likely leave audiences shaken as they leave the theater.

Blumhouse has proven once again that if you have a talented director willing to work within a small budget, you can get away with an alarming film not being a CGI fest. There is an old adage that our imaginations can come up with images much more frightening than the visual medium can ever provide. The Invisible Man, aptly, is the perfect example of this thought process. For once, an Invisible Man film doesn’t focus on the man becoming a monster. Instead, it manages to lean on the ideas of believing women (and survivors in general), even when that belies logic or our own personal experiences with them. The Invisible Man is a much better film than expected, and quickly moves past simple genre to become a movie that should make you viscerally feel what it is like deep in the throes of a dangerous relationship.

Hear our podcast review on Episode 367: