Movie Review: The Fault in Our Stars 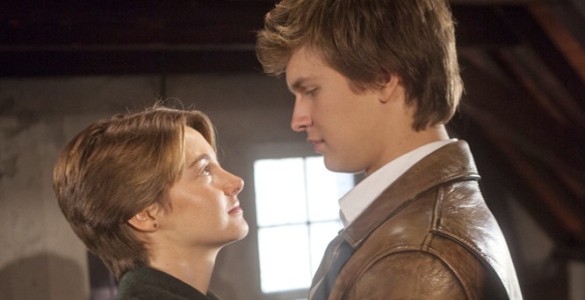 Synopsis: Hazel and Gus are two teenagers who share an acerbic wit, a disdain for the conventional, and a love that sweeps them on a journey. Their relationship is all the more miraculous given that Hazel’s other constant companion is an oxygen tank, Gus jokes about his prosthetic leg, and they met and fell in love at a cancer support group.

DIRECTION
Director Joe Boone was effectively able to keep the story centered on the celebration of life rather than try to be sentimental regarding the characters’ backgrounds. Boone’s first film, Stuck in Love, shows why he was the perfect person for this job. In that film there was multiple angles involved but ultimately the film was about the character of the teenage son. The Fault in Our Stars uses both Hazel and Gus’ cancer to unite them but Boone makes sure it never defines them or their relationship. Hazel’s condition leads to some scary and joyful moments in the film but the film never leads those moments overshadow the love between Gus and Hazel.

SCRIPT
The Fault in Our Stars is the love story of Hazel Grace Lancaster (Shailene Woodley) and Augustus Waters (Ansel Elgort). The film teaches us love is truly blind and does not discriminate against any limitations. Through the main characters we learn that love is something that everyone needs to experience because the love of another person completes us and the connection to that person is what will make us hold on even in our last moments. Hazel is sixteen years old who spends most her days reading “An Imperial Affliction” and attending a support group. Hazel meets Augutus (Gus) in the support group and the two eventually develop a mutual attraction on another. As the two grow closer, Hazel and Gus share their fears as well as their taste in literature. “An Imperial Affliction” means a lot to Hazel and how it ended bothered her as well as him. Hazel tries several times to get in touch with the book’s reclusive author Peter Van Houten (Willam Dafoe), to no avail. Hazel is fearful of her life, tries to keep Gus away but he informs her that he could not live without her. When Gus manages to reach Van Houten through the author’s assistant, it results, astonishingly, in an invitation to meet the writer in Amsterdam. Gus is determined to take Hazel on a journey that will answer every question she has ever had about the book that has meant so much to her. Van Houten does not provide the answers she was looking for, rather the answer came from the love that is shared between her and Gus.

PERFORMANCES
The Fault in Our Stars is another standout performance for Shailene Woodley. As soon as I saw The Spectular Now I knew she was going to be something special. The script here does not mean anything if you do not have the right cast to express the emotions involved with a film of this magnitude. Hazel is a loving person who is deeply concerned with how her illness will affect those around her. Hazel does not want to be grenade whose death causes pain and destruction. Woodley was able to capture author John Green’s vision for the character. Woodley not only had to tap into Hazel emotionally but also physically. The entire duration of the film, Woodley had to be hooked up to a cannula – a flexible tube attached to an oxygen tank. Newcomer, Ansel Elgort was able to hold his own opposite of Woodley. Gus is a guy who believes in grand gestures and enjoys life. The chemistry between these two was natural thus making their love seem natural and not fake like some movies do. Everyone else shined in their moments, especially Dafoe who has been having some fun playing such brash characters.

SCORE
The Fault in Our Stars is a great movie that only gets even better with a terrific score that include high-profile artists Kodaline, Birdy and Ed Sheeran, who wrote the song for the end credits (All of the Stars). Each song was used to tell the passionate love story between Augustus and Hazel in a way that blended perfectly with the flow of the script.

FINAL THOUGHTS
The Fault in Our Stars is a must-see film for both Men and Woman as it offers something for both genders to relate to. It’s a remarkable film and highly recommend for it tells the love story Twilight failed to.