Movie Review: The Birth of a Nation is flawed, but powerful 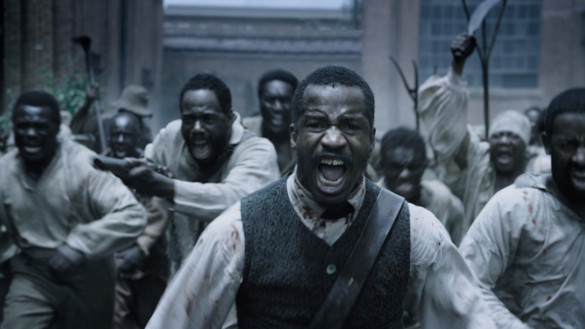 Synopsis: A story set on the offshore drilling rig Deepwater Horizon, which exploded during April 2010 and created the worst oil spill in U.S. history.

In 1999, Nate Parker and Jean McGianni Celestin were accused of raping a fellow college student who was intoxicated and unconscious at the time. Did the victim give her consent to engage in thus activities? Parker was taken to court and ultimately was found not guilty. Celestin was convicted of sexual assault and received a six-month to a one-year sentence in 2001. The conviction was overturned in 2005. The victim committed suicide in 2012. A tragic ending to an ongoing problem we have in this country; sexual assault and the damaging effects it has on the victims. Everyone is entitled to their opinion on the situation, but ultimately Parker was found not guilty in our justice system. Our justice system certainly is flawed, but nevertheless, he was found not guilty. Why bring all this up?

The Birth of a Nation, for the first time, opens the curtain into the life of Nat Turner and the slave rebellion that to this day is probably the most influential acts of resistance against slavery. Nate Parker pulled the trifecta for this film and we should not diminish the movie based on the supposed actions of the director. Social media has been very critical of Parker with many people boycotting the film, based on how he is handling the rape charge. Fox has stood by Parker in all this, and I (James Shaw) also stand by this movie. The Birth of a Nation may not be as impactful as 12 years a Slave, but this is an important film to see during these troubling times as race relations are at its all-time lowest. The Birth of a Nation is not 100% accurate; most historical films are not and those that disagree with Parker are quick to point this out and belittle his film. Accurate or not, every moviegoer is going to be moved by this movie.

Parker should not have starred in the film since he wrote and directed it, but I can see why he would want to star in it as well given the name recognition he would receive for himself. Parker does an excellent job of portraying the complexity of Turner’s life. Turner stands out for his intelligence as a slave, which in turn renders mercy of the white man. This leads to sermons from Turner, which are both horrifying and emotionally very stirring. As a black man in America, a few of those moments viscerally hit close to home. The same fear these characters were experiencing in 1831; I can relate to in 2016.

One interesting omission from this film was a rape scene that, apparently, would have made the film more powerful. Perhaps that omission came before the news of Parker’s allegations, but I think it was cut because of the fear of a potential backlash. The Birth of a Nation is Nat Turner’s story, not Nate Parker’s, so I think omitting this scene was wrong. I am not promoting rape but this type of stuff happened, and it’s supposed to make us uncomfortable, just like the beatings and murders were.

The Birth of a Nation is flawed, but it is a film that everyone needs to see. I hope that you can leave Parker’s personal life out of this film. This experience is about the legacy of Nat Turner and the importance of his rebellion.


Hear our podcast review on Episode 190: