Movie Review: ‘The Batman” Is A Tale of Horror-Noir 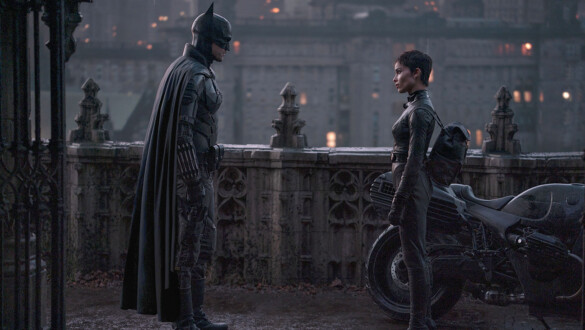 Synopsis: When the Riddler, a sadistic serial killer, begins murdering key political figures in Gotham, Batman is forced to investigate the city’s hidden corruption and question his family’s involvement.

I want to be as frank as possible, this is not an afterglow of my screening last night but my whole hearted response of what I experienced during the 3 hour run time of the movie. In fact, I specifically waited to write this review until the morning after so I wouldn’t be too biased The Batman is THE Batman movie that we have deserved all along, it is hands down  the THE best of the Batman movies thus far and it is THE film that Marvel wishes it could make. This is THE type of comic book movie that should be in Oscars conversations as it’s more than a comic book movie, it’s a love letter to the source material and a genre of film long lost in today’s era of movie making.

On a personal level, I have been excited to see this movie since it was announced, anything to get away from the absolute travesty that was the Snyder Batman films and I was in, and like the many casting announcements when it has come to Batman before, of course, the internet had things to say about the casting of literally every person in this film. From Robert Pattinson, to Zoe Kravitz, to Paul Dano (which by the way if you ever took the time in your life to see There Will Be Blood or 12 Years a Slave, you would know first hand that Dano was going to be amazing as Riddler) to Colin Farrell as Penguin once the makeup shots came out. Guess what, once again the professionals know what they’re doing because everyone was pitch perfect in the roles, but allow me to explain why they work so much and why it was Matt Reeves that the DC world needed so badly.

This movie is not a superhero movie, it’s not flashy, it doesn’t have a mythical being trying to destroy humanity or suck the life out of a cosmic deity, none of that. What it does have is actual humanity, the good, the bad, and the evil. This is a love letter to a forgotten genre of film, the noir, a genre that ruled the 1940s with titles like Double Indemnity, Suspicion, Gaslight, and Mildred Pierce, to name a few. There’s a real mystery to be solved here, a whodunnit of killers. This route makes the most sense of any Batman movie that’s come before it as the first appearance of Batman came out in May of 1939 in Detective Comics No. 27,  was all about him being a Sherlock Holmes-esque character getting to the bottom of the crime. This iteration from Matt Reeves is not just a noir film but a horror film.. This is without a doubt a horror film, which is also a first for this genre.

This film is shot with such an intention to scare and frighten that I’m actually surprised it didn’t receive an “R” rating. The tension and jump scares that Reeves gives us in this film should cause some modern day horror directors to take notes, as the whole bleak and dark atmosphere is what a studio like Blumhouse dreams of putting to the film for every one of their movies. I was genuinely astounded by the horror route this took that it made me crave more comic book adaptations in a similar vein.

Another reason this movie works so well is the absolute orgasmic score by Michael Giacchino. There isn’t one moment in this film that his score doesn’t work. It sets the tone and the mood for each scene like a perfectly fit shoe that makes you wonder how it works so well. It’s definitely one of those scores that you rush home to listen to again as the movie replays in your mind.

My only gripe about the film is the underwritten and underused Selina Kyle. As literally the only female character in this movie it’s a bit frustrating to see such an iconic character be sidelined to a few kicks and no backbone. She’s more of a pawn to be used for the story than her own solidified character. Zoe Kravitz, on the other hand. killed it for what she was given to do and really makes me want to see her back in this universe. Paul Dano was quite good as Riddler and is genuinely terrifying, definitely making his mark on this character for the rest of time. Robert Pattinson I will say right now, is THE best Batman to date, the moody tale of a man not knowing his way around life, not some crazy billionaire playboy, no, that wouldn’t work here at all. The biggest standout for me however, was Colin Farrell who absolutely blew me away as Penguin. Not only did I have a full on attraction to him in makeup (and of course in general) but his take on Penguin is cemented now as the best iteration we have received thus far, not only comedic but genuinely interesting, with makeup that makes him look like DeNiro in Raging Bull.

In the end, this movie is fantastic and a ride I can’t wait to get on again and again. This is not a superhero movie, this is a horror-noir that has a superhero in it. This is what we have deserved this entire time, and this is the world that if DC were smart would build off of for the future of DCU.