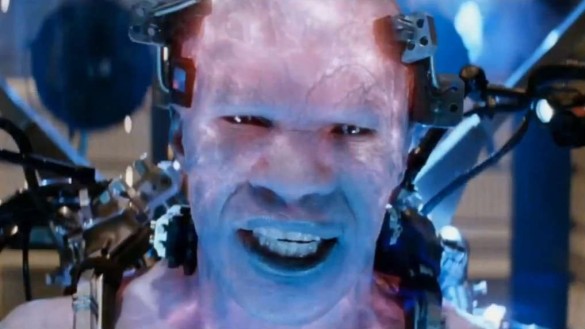 Synopsis: Peter Parker runs the gauntlet as the mysterious company Oscorp sends up a slew of supervillains against him, impacting on his life.

INTRO
The Amazing Spider-Man 2 is better than Captain America: The Winter Solider. No mistake you read that right. This critic believes Spider-Man is a more entertaining film in which you never have to ask the whereabouts of the Avengers. Spider-Man is one of my favorite superheroes because he has had some of the most enjoyable storylines in the comics and I think The Amazing Spider-Man reboots so far, are off to a better start than the original. I especially praise the character development of Spider-Man.

DIRECTION
Marc Webb knows how to tell a Spider-Man story in a way that many might find boring but based on my knowledge of Spider-Man comic lineage, I find it intriguing and well thought out. The fight scenes between Spider-Man and Electro are an Oscar worthy performance for CGI. The cinematography by Daniel Mindel uses various slow-motion sequences to help us get a sense of Spider-Man’s spider sense. We also get nice up close shots of Spider-Man when he is swinging through the city again putting us right in the action. The story is inteweaved well and we get several villain teases which was pretty fun throughout. Overall, Webb gets good Amazing (no pun intended) acting from his actors and the fight scenes are well shot and action packed.

SCRIPT
Webb along with new screenwriters Alex Kurtzman, Roberto Orci and Jeff Pinkner, up their game for this sequel as the script is able to expand Spidey’s universe without overshadowing this movie. AMS2 on the surface looks like it suffers “over-villain” syndrome, as potentially we have three villains in this film. The opening scene is merely an introduction for Aleksei Sytsevich (Paul Giamatti), who later will become the Rhino. Clearly Sony is simply planted the seed of interest for the Sinister Six spin-off future film as Rhino is simply just introduced here without much depth. The Green Goblin is another villain that is used to setup future installments as Harry was only the Goblin no more than 10 minutes. Webb and his team where effective in teasing the spin-offs within the scope of the film. The main antagonist of the film is Electro (Jamie Foxx). Electro’s motives for anything are not really clear in this film. As Max Dillon, he loves and adores Spider-Man but after his accident we never really get a full explanation of why he hates Spider-Man like an awful ex. Electro is simply the start of more things to come for Spider-Man so having a villain with powers this strong succeeded in making Spider-Man smarter. Much like Iron Man 3, Peter Parker (Andrew Garfield) is seen more as himself rather than the web-slinger and I thought every scene as Peter shaped to make him a better hero. Most of the film is taken up with Gwen (Emma Stone) and Peter’s relationship but seemed very natural was executed very well. AMS2 is a very long movie but it tells a nice story that will shape the future of the franchise.

PERFORMANCES
Andrew Garfield and Emma Stone’s chemistry could not be more real (credit them being a real-life couple). Their scenes together were really good. Garfield is not a better Spider-Man than Toby, but rather a different version as both Peter Parkers/Spider-Man were portrayed differently. Garfield fits this Spidey well because he has that natural humor that Spider-Man had in his early comic days and he can also play the goofy teen and the serious minded wall-crawler with ease. Stone is a natural at every role she does and Gwen Stacy is no exception. Stone shows that Gwen is more than just a brainy scientist and she is her own woman and doesn’t crap from anybody inlcudind Spider-Man. Harry Osborn is also a constant figure in the Spider-Man films and Dane DeHaan played Harry ten times better than James Franco so I had no issues there. Franco just didn’t play the “I own a big corporation” role as he probably should have. I like how Harry is this film is an old friend rather than a stable because it puts the focus where it needs to be on Spider-Man.

SCORE
The score is pretty unique in the sense that it was done by Hans Zimmer with the help of Pharrell Williams and the Magnificent Six. Most of the tracks don’t seem much like Zimmer as we hear tones of dubstep and hip hop in a film that feels more digital. While this isn’t Zimmer’s best work, it’s much better the the first Amazing Spider-Man and is more than serviceable.

FINAL THOUGHTS
Comparing this film to Winter Solider is really unfair because both movies are in two completely different worlds. The events in Captain America changed the landscape of the rest of the films as well as a TV show, while Spider-Man has also changed its landscape as well. OSCORP is the movie equivalent of HYDRA/SHIELD and the events that occurred in AMS2 will also affect OSCORP (Sinister Six) likewise. The Amazing Spider-Man 2 is not a perfect movie and in fact, it took me several viewings to really come to understand what they are trying to and trying to expand the world of one character is very hard but Sony is going in the right direction with this film.