Movie Review: ‘Sweet Girl’ Will Frustrate Many and Impress Virtually Nobody 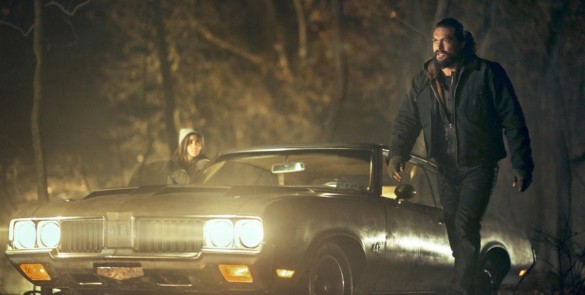 Plot: A devastated husband vows to bring justice to the people responsible for his wife’s death while protecting the only family he has left, his daughter.

The basic plot of Netflix’s Sweet Girl is fairly straightforward and should make for great–albeit standard–entertainment: a recently widowed father (Jason Momoa) exacts revenge on the CEO of a Big Pharma company (Justin Bartha) that pulled a potentially life-saving cancer drug off the market that could’ve saved his wife’s life. It’s the kind of action/thriller role tailor-made for Liam Neeson’s gruff “particular set of skills,” where action replaces character depth but starring Jason Momoa instead. Credit where credit is due, Momoa performs pretty well as a father seeking justice against Big Pharma’s greed. However, director Brian Andrew Mendoza and writers Gregg Hurwitz and Philip Eisner think this isn’t enough and decide to throw in the most preposterous third act twist of the year, one that single-handedly ruins the entire momentum the film has been building up.

In isolation, Sweet Girl is an admirably made film with a story you’ve all seen before. How many movies have you seen where a father decides to take it up to himself to finally get justice for whatever situation his family endured? Death Wish is the most popular example, where the father (Paul Kersey) becomes a full-fledged vigilante to exact revenge on the gang that murdered his wife. However, Sweet Girl has a more political side to Ray (Momoa)’s revenge-fueled journey as he walks into a world filled with corruption, bribery, and legitimate murder for BioPrime to cover up their illicit acts. This results in an actioner infused with many interesting ideas; with Ray and his daughter, Rachel (Isabela Merced), stuck in not only a game of cat-and-mouse between themselves and the FBI, but also a chase game with a contract killer (Manuel Garcia-Rulfo) sent by BioPrime to take them out, before Ray exposes the company’s illegal operations.

All of that is decent enough to hold the audience’s attention. If Mendoza kept it that way, it would’ve likely been an entertaining watch, even if the action isn’t particularly enthralling. Instead, except for one action sequence that involves exploding shotgun bullets that’s both insanely cathartic and creative in its execution, fight scenes are bogged down by an overuse of shaky cam and incoherent editing. Momoa is in one position, and a quick-cut puts him in a different spot entirely, without ever respecting the continuity (and fluidity) a fight scene should have. What could’ve been a great subway fight scene between Garcia-Rulfo and Momoa, or another sequence where Merced fights him one-on-one, can’t get past poor choreography and disjointed quick cuts to hide the film’s chaotic stuntwork. Isabela Merced is a decent actress, and she can absolutely be an action star with the right material, but none of the films she’s currently starred in allowed her to showcase her action chops fully. However, she would fare very well in a Marvel production where the emphasis on character is built through fluid action sequences. Dora and the Lost City of Gold showed that she has the chops, even if the material wasn’t good, and Sweet Girl only solidified it, even if the action was poorly executed this time around.

What really makes Sweet Girl falter from a decent enough thriller to an absolutely ridiculous motion picture is its completely unwarranted (and unrealistic) third-act twist. Many critics have called it “bonkers,” and they’re absolutely spot on. Without delving into spoilers or specifics on the twist (because this is something you’ll truly have to experience for yourself), let’s say that not even M. Night Shyamalan would even dare to go in the direction Mendoza did, with a completely unrewarding reveal that changes the entire film altogether. It could’ve worked better if foreshadowed (only one scene does it, but quite haphazardly). Still, when you’ve constantly been setting up a standard action/thriller with standard action sequences and standard character beats, the audience expects nothing more or less, and they certainly don’t expect being whiplashed by a complete 360-degree plot twist that changes the plot and questions everything the film was going for.

If you’re going to watch Sweet Girl, expect the unexpected. Your jaw might drop in utter confusion, and pure shock as a decently crafted actioner gets completely ruined by one single twist. But, most of the time, the film’s most important element, the one that will solidify whether or not the audience liked it, is its third act. If your third act isn’t good or memorable, then many might say it’s bad, even if it had some redeeming qualities down the line. And while Sweet Girl’s third act is certainly memorable, it definitely isn’t good. It’s memorable in the same vein as how The Devil Inside’s ending angered many moviegoers who paid a ticket to watch an entertaining horror film only for them to be directed to a website link to watch the “true” ending. Though rest assured: Sweet Girl has an ending, but it won’t be the one everyone wants to see.