Movie Review: ‘Sierra Burgess Is a Loser’ is an average Netflix rom-com 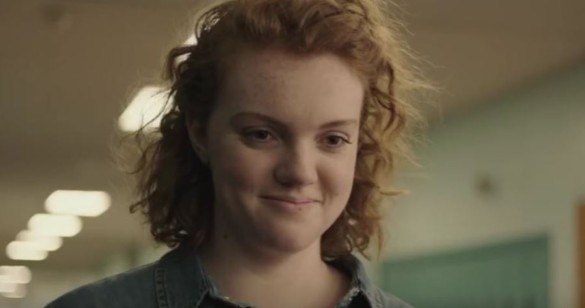 Synopsis: A case of mistaken identity leads to a virtual romance, but will he still like her when he finds out who she really is?

Netflix has been cranking out movies and TV series lately, some are good, some not so much. But it seems like they’ve been steadily improving production quality and attracting bigger star power. Sierra Burgess Is a Loser is one of their latest attempt at another rom-com.

The gist of the story is: Sierra (Shannon Purser) is an outcast at school, bullied by Veronica (Kristine Froseth) the head cheerleader. She’s called a loser, fat, a mouth breather and variety of other things from the standard high school bully repertoire. While out with friends, Veronica is approached by teen heartthrob and rival high school quarterback Jamey (Noah Centineo). Veronica deems him unworthy because she thinks he has loser friends, and gives him Sierra’s phone number instead of her own. This leads to a virtual romance between Sierra and Jamey that feels a lot like catfishing.

One of the things I didn’t like in the movie was how we were expected to read the texts between Sierra and Jamey off of their phones. In some scenes they were almost impossible to see and only stayed on screen for a few seconds. Other films have done things like display the text in a larger font across the screen or as subtitles. I think if they had gone in that direction, we would have had a chance to better connect with the characters and maybe understand how they fell for each other.

There’s also a lot of questionable things that happen in the movie. For example Jamey’s little brother, Ty, is deaf and is played by deaf actor Cochise Zornoza. His role in the movie seems like an attempt to check off a list of diversity requirements, rather than add anything of purpose. There was hardly any signing and they don’t really develop that sibling relationship. Other characters make jokes and fake being deaf, and it was a tad awkward. The way the girls lied to Jamey and lead him on was also uncomfortable. There’s a scene where Jamey believes he is kissing one girl, but he has his eyes closed and the girls swap places and then switch back before he opens his eyes. It’s a moment that felt disingenuous and a little mean-spirited.

The movie did have its good parts though. The acting was decent, there’s a Lea Thompson cameo, and it had some relatable qualities with its themes. Dan, the quirky best friend (RJ Cyler), added some great levity to the film. “Hey, where are the Sour Patch parents?” was one of his better lines. As far as supporting roles go, he may be the best one in the film. The English teacher was also great (Loretta Devine). The leading man, Noah Centineo, is currently in at least three Netflix movies playing pretty much the same character, so I guess “teen heartthrob” suits him.

Overall, I really didn’t like the plot of the movie. The lying to Jamey, the mean girl shenanigans, the fat shaming, and how easily all is forgiven didn’t sit well with me. It wasn’t awful, but I have no interest in watching Sierra Burgess Is a Loser again.