Movie Review (LFF): ‘Siberia’ is Style and Symbolism over Story and Substance 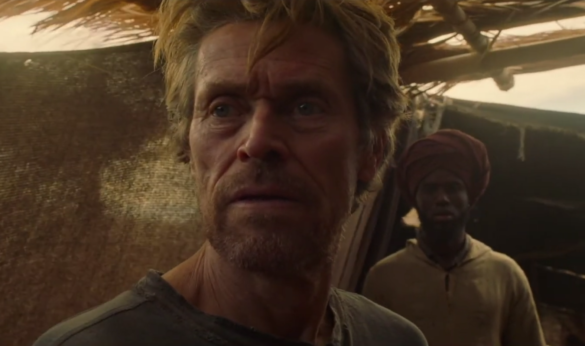 Synopsis: A barman in Siberia heads to a nearby cave where he explores his dreams and memories.

Well, where do I even begin with this review? I was not familiar with the works of Ferrara, and that will most likely be a major reason why this film did not click for me. He has a very unique style to his form of storytelling, known for using provocative and often controversial content in his films. Siberia is no different, as there are very graphic nudity and sex sequences shown throughout and often with no context. It was quite something to watch when I went in with no context or prior knowledge of the filmmaker. I usually think it is better to go into films as blind as you can, but that is certainly not the case with this one.

I will start with the two main positives of the film before I go on about my issues. Number one: Willem Dafoe. I always admire how ambitious he is with his storytelling, from his performances to the films that he chooses to star in. He never goes for the safe pick, with only the last few years doing The Lighthouse, At Eternity’s Gate, and The Florida Project. This is another time where he is leading the film and giving a fantastic performance whilst doing so, single-handedly carrying the film. Number two: the cinematography. Even if I was struggling to understand what was going on in the film, it was beautiful to watch. The panning shots of the landscape, particularly the mountains, are breathtaking.

However beautiful the film is to watch, it was not enough to keep me engaged with the story. Well, I would say the story, but this film had a lack of one. I actually struggled to find a synopsis for this film, because the only narrative of this film is of the barman hopping in and out of sequences. These sequences had no real connection outside of Dafoe, and that left a lacking of character development or story progression. Whilst I know there are some people who will find that refreshing and unique, it took me out of the film and wanting so much more.

This film is a short and sweet 90 minutes long, which I would usually not complain about. However, the lack of story and choppy editing made this go by so slowly. Somehow, the 128 minutes of a film I watched a few days ago went by so much quicker than this one. I wanted to pause and give up on this film on several occasions because it only took me ten minutes to realize that this was not going to work. If I could see this concept working as a film, it would have been in the format of a short 20-30 minute film. Have the character not be the focus on the development and show one or two of these mini dream sequences that the barman goes through. Not only would the same message and themes be communicated in a shorter amount of time, but I think it would have fixed a lot of the pacing and writing issues that I had with this story.

Could this negative review and view of Siberia be because of my lack of understanding of Abel Ferrara and his work? Perhaps, and I am intrigued to one day go back and check out his other works. However, this just did not connect with me at all. I struggled to understand what was going on, I was struggling to find a reason to care about the character or any of the dreams that he was in, and I was struggling to make it completely through the short runtime. Maybe one day I will be ready to give this film or director another shot, but I will wait a little bit before jumping back into that sort of world.