Movie Review (LFF): ‘Shirley’ is a Fun New Twist on a Bio-Pic 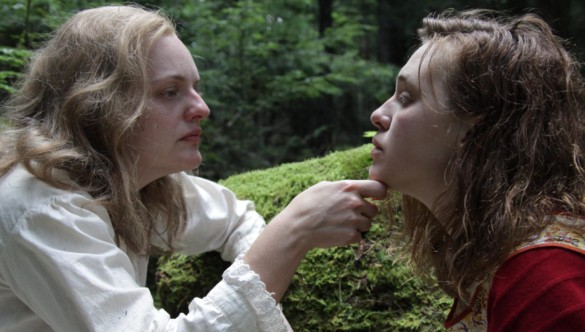 Synopsis: A famous horror writer finds inspiration for her next book after she and her husband take in a young couple.

Whilst I am not sure how many people are aware of who Shirley Jackson was, but it was nice for the film to bring up the fact that she wrote a short novel called “The Lottery”. This is actually a story that I read when I was younger, and became extremely fascinated by the premise and how dark it was. If you are also aware of this short story, you will know how the author could be seen as insane and messed up. It’s what makes this portrayal of Shirley Jackson believable.

This is a very different version of a bio-pic than most, in that this story is grounded in fiction. Whilst the characters are based on reality, with Shirley’s real-life partner Stanley Hyman being portrayed here as well, this reality is blended with a twisted and dark narrative. This works well in this case because of Jackson’s background and the twisted stories that she wrote. It is always refreshing to see a director take a new approach to the standard biopic.

The only thing I knew about this film going into the screening was Elisabeth Moss, who has been having one incredible year after her performance in The Invisible Man. Her role here is incredibly complex, and it may just be better than her performance in The Invisible Man. She not only has to play someone who was as much of a genius as Shirley Jackson was but also portray the man mental issues that she had in her lifetime. This is a hard balance to get, but Moss does extremely well and is able to carry the film.

There are other actors who help drive the narrative in this film, and I was honestly surprised going in as blind as I did that Logan Lerman was in this, playing the husband Fred. He is an actor that has had a tough time breaking out of the young-adult stereotype, after his appearances in both The Perks of Being a Wallflower and the Percy Jackson franchise. However, it is refreshing to see him going out of that genre and playing a much more mature role here, and all of the cast around Moss does a great job selling this twisted story.

There are so many twists and turns that this story takes, and some of them work really well. The strongest moments of the film focus on the relationship that develops between Shirley and Rose (played by Odessa Young), the wife that is invited to stay in Jackson’s home. Not only is the relationship between them so complex, to the point that it is left up to interpretation on how Shirley really feels about Rose, but they are given the majority of the film to carry.

It is, however, when the film breaks away from Shirley that the quality drops. The premise of the story is based on her having a writer’s block, being fascinated by this missing case story, and using this visiting couple to cause trauma to them and try to relieve that block that she has. I struggled to care about what Shirley’s husband Stanley (played by Michael Stuhlbarg) was plotting throughout the story, and I was not bothered about any of the storylines involving the university with that. Whilst the performances were good and it felt important to see both sides of the plot, Stanley’s character felt more powerful at the start when he was simply a husband looking after his mentally-ill wife.

Due to the range of storylines that don’t exactly fit together, the pacing can feel off at times. I did feel the film drag in the middle, but that is the weakest section of the film and it does not reflect the overall quality of the film. This is a film that has a captivating opening and a haunting close, which I loved both. I do wish it was tightened up in between, either with a shorter runtime or further development of the side stories.

When a director makes a bold choice to tell the story of an icon in a different way, I always appreciate it. I am done with the traditional bio-pics. I want refreshing spins on them, and this is one of them. To explore the mind of Shirley Jackson as if she was writing this story as fiction is incredibly smart. Before you go into this film, I do recommend you check out her short story “The Lottery”. Not only is it a fantastic short story in itself, but it will give you an idea of why this format of telling a bio-pic as if it was a twisted story worked so well for me.