Movie Review: The defiance and redemption of ‘Richard Jewell’ 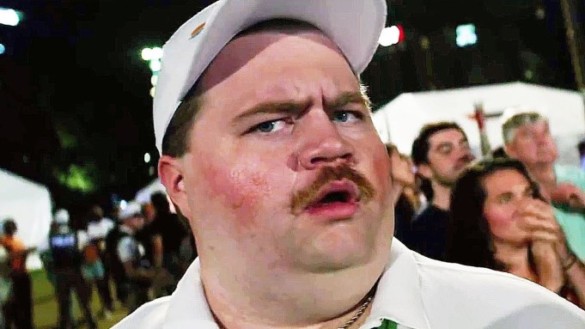 Synopsis: American security guard Richard Jewell saves thousands of lives from an exploding bomb at the 1996 Olympics, but is vilified by journalists and the press who falsely reported that he was a terrorist.

Clint Eastwood’s directorial work has been hit and miss for me, especially when it comes to his more recent films. Unforgiven and Mystic River were both excellent along with The Changeling. But American Sniper and Gran Torino, while not bad, lacked energy and I have not felt compelled to re-watch either of them. Eastwood’s latest work, Richard Jewell, probably lands somewhere in the middle of these films. In usual Eastwood fashion, it contains some powerful storytelling and very human characters while at the same time can plod along and feel drawn out. Overall though the film succeeds in delivering an emotional drama while at the same time giving an entertaining, though not totally accurate, account of a significant event in American history.

The event is the bombing that occurred on July 27th during the 1996 Summer Olympics held in Atlanta, Georgia. More specifically the aftermath and immediate public trial by media of Richard Jewell, the security guard who first took notice of the bag containing the device and whose actions minimized an extremely tragic event and likely saved countless lives. While first being branded a hero for spotting the bomb along with his efforts in evacuating civilians after its discovery, Jewell is quickly demonized after an article is released by a local newspaper, The Atlanta Journal-Constitution, identifying Jewell as a prime suspect and focus of the FBI investigation. The film spends most of its 2 hours and 11 minutes run time following the FBI’s investigation and illustrating the impact it has on the lives of Jewell, played remarkably by Paul Walter Hauser, and his mother Bobi Jewell (Kathy Bates).

First and foremost Paul Walter Hauser is a name we should all start familiarizing ourselves with. His performance here as the title character Richard Jewell is brilliant and deserving of some serious recognition, if not a nod. I know nothing about the real Richard Jewell but the person Hauser manifests onscreen feels all so real and emotionally consistent. His decisions, his mannerisms, his way of speaking all feel authentic. He is typical and predictable but still complex like people actually are, and his performance alone is enough reason to catch a screening. And while we are on the subject, Sam Rockwell as Watson Bryant, Jewell’s attorney and friend, and Kathy Bates really bring it as well. Rockwell impresses me in everything he does and lands high in my list of top actors, and Bates is always a gem onscreen and her portrayal as Bobi Jewell really highlights the emotional toll that Bobi and Richard endured.

With Richard Jewell, Eastwood does a good job of capturing the events prior to, during and after the bombing and with plenty of tension and emotion. The first quarter of the film is an introduction to Jewell and we learn a lot about his idiosyncrasies and peculiar view of law enforcement. This all is meant to offer us some context to his later actions while at the same time explains the perspective of the FBI and how they go about turning their attention to him as a suspect. It is quite troubling to watch what the audience knows is an innocent man being so blatantly taken advantage of and railroaded by law enforcement, something that occurred over 20 years but is still very relatable today. Eastwood is definitely making statements about trusting authority blindly and how that trust can be abused. It is also a story about how our actions and appearance shape the way society views each individual and how our behavior can dictate the path of our lives from one extreme to another. Jewell himself is faced with a tough reality about himself and his views on those he once admired and there are some meaningful moments for multiple characters where they are forced to question themselves and what they believe. My theater reacted with soft applause on a few of these occasions which made the moments all the more powerful.

There are some moments and subject matter in the film that are not handled effectively such as the depiction of journalist Kathy Scruggs, played by Olivia Wilde, which will definitely raise some eyebrows. She essentially comes off as your typical heartless, “Do anything for a story” news journalist but some will find the way her character is written as unfair, malicious and overtly sexist, especially considering she is not a fictional character. That is definitely the most egregious flaw of the film but there are also some scenes that don’t fit well and seem awkward. An example is a particular dream sequence that, although I see what Eastwood was trying to convey, feels out of place with the tone of the rest of the film. It possibly adds some perspective to Jewell and his mindset but I don’t think the audience needs this scene to get there. There are some other moments that I also feel like could be cut or handled differently to relate the views or emotions of a character, but nothing so outrageous to damage the overall experience.

However much I might question some of Eastwood’s decision-making Richard Jewell still left me satisfied. Its mixture of true crime like dramatics, heartfelt human connections, and light comedy makes for great cinema that won’t have you hitting the snooze. It is an emotional experience, each and every performance is first-rate and Eastwood knows how to capture human sentiment so be sure to keep some Kleenex on hand. The film tugs at the heart and pushes principles of defiance against odds and triumph through terrible adversity. Definitely one I would recommend catching at theaters but will probably be just as good to watch on streaming services.