Featured: The Life And “Death” Of Alan Smithee 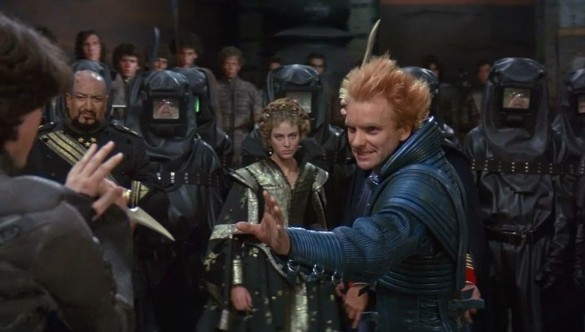 The Directors Guild of America (DGA) are known to have stingy rules regarding credits to the director in order to safeguard an individual director’s position and their creative entity from infringing producers and actors who try to steal the credit. Only an “established” duo can share the credit as in the Coen Brothers, the Russo brothers, and Phil Lord & Christopher Miller. But for the most part, directors seek single credit and as the film is put together in their own creative way. Before the strength of the guilds, the separation between director and producer or actor was not always there and the fake name of “Alan Smithee” was established to fill in disowned projects. So, how did this become a thing?

Before 1968, the year of the MPAA’s establishment, DGA rules did not allow directors to have a pseudonym in the credit to stop producers from trying to take over from the directors as the appropriate name listed. The name Alan Smithee is an extension of Al Smith when the 1969 film, Death of a Gunfighter, had conflicts over the original director, Robert Totten, and his replacement, Don Spiegel. Because both are shot an equal amount of footage and both were being controlled by its star, Richard Widmark, the DGA permitted the pseudonym. The film was praised and critics believed Alan Smithee was a real person. Per Roger Ebert, the film is, “an extraordinary western … director Allen Smithee, a name I’m not familiar with, allows his story to unfold naturally.”

Directors who felt their creative work was being intruded by other editors, actors, or producers went to use Alan Smithee as their way of protesting the final cut of the film. Several dozen films and TV episodes went on to use the credit, including Ghost Fever (1987), The Birds II: Land’s End (1994), Hellraiser: Bloodline (1996), and Woman Wanted (2000). Some movies that were edited for TV also got the credit because the directors were critical of the time constraints being forced on the film. Michael Mann’s Heat (1995) and The Insider (1999) were given the credit, as was David Lynch’s Dune (1984) and Martin Brest’s Scent Of A Woman (1992). TV episodes from Tiny Toon Adventures and McGuyver (the original version) also had episodes listed with an Alan Smithee credit. Even the music video for I Will Always Love You by Whitney Houston was also credited as Alan Smithee because of Clive Davis’ last-minute re-edit prior to release.

Special Feature: Here’s an uploaded version of Ghost Fever. The movie was hot garbage. No wonder the director, Lee Madden, wanted his name off of this rubbish.

A fun fact with this name is that “Alan Smithee” was almost applied to American History X. First-time director Tony Kaye struggled to produce a final cut to please New Line Cinema and a second editor was brought in to help with the input of Edward Norton, who put in more runtime of his character than in Kaye’s first cut. Kaye sought to have his name removed and replaced with the pseudonym, even offered to put in “Humpty Dumpty,” but was denied. Thus, began a strange string of events in which Kaye publically feuded with Norton and New Line over the final cut and he’s never got another major studio gig since.

The name was retired in 2000 after the release of An Alan Smithee Film: Burn Hollywood Burn, a comedy featuring Eric Idle who plays a director with the same unfortunate name who tries to steal his movie that has been re-edited against his wishes. The director, Arthur Hiller, actually got his name removed from the credit for a legit Alan Smithee because of the producer’s constant interference in the production. (Ironically, Hiller was President of the DGA from 1989 to 1993.) With the film being slammed by critics – it “won” Worst Picture at the Razzies – the next director who sought a pseudonym credit got it for the film Supernova as “Thomas Lee.” Since then, other directors who have disowned their movies have gone to use other fake names, notably David O. Russell as “Stephen Greene,” for the film Accidental Love (2015).

Creative control is the key concept for a director and seeing their work being ripped out of their hands by others is a disservice to them as a director and to all directors. So, there are more of these safeguards and guarantees that keep the director entitled to the full cut of his work as he or she intended it to be. Unfortunately, they butt heads still and questions always arise of who gets the credit, as it was with Bohemian Rhapsody. Eventually, the DGA will need to continue to make efforts to keep DGA members happy with the right to call a film that they made their own.