Movie Review: Out of the Furnace is raw and blue collar 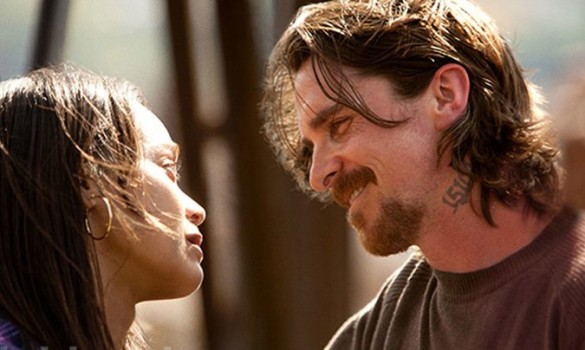 Synopsis: When Rodney Baze mysteriously disappears and law enforcement fails to follow through, his older brother, Russell, takes matters into his own hands to find justice.

DIRECTION
Scott Cooper, who brought us Crazy Heart, brings us a dark and gritty thriller that features some of the best performances of the year. The aesthetic Cooper delivers in Out of the Furnace is one of the best features of the movie and sets you in a small steel town somewhere outside of Pittsburg. The opening scene delivers the first punch (literally) that sets the tone really well, giving you the sense of film we are getting. The film is raw, gritty and blu collar on every level with an amazing sense of realism. Where lots of films are set in reality, many of them set up the characters to be heroes at the end but Cooper had different things in mind. Also, I’m tired of movies throwing obvious details at you over and over again, like I’m not smart enough to realize what’s going on. Cooper’s decision to let you assume those obvious, and some not-so obvious, details works since the story is simple and the characters are what matters here. And while we’ve seen dark and gloomy before, it’s nice to see a real and true blue collar movie with characters that aren’t trying to save the world or take over Wall Street.

SCRIPT
The story centers around Russell Baze (Bale) and his trouble-making brother Rodney (Affleck) who live in small-town Pennsylvania and do real, blue collar work for a living just to get by. Rodney, though, is an Iraq-veteran who only knows how to fight and working at the mill isn’t satisfying enough for him. Eventually Rodney finds himself with the wrong people and mysteriously disappears thanks to the hands of Harlan DeGroat (Harrelson). Russell doesn’t feel like the police are doing enough and thinks that he needs to take things into his own hands, which he does. It’s really simple on the surface, which makes the assumptions Cooper wants you to make really easy to follow. Are there plot lines that seem unnecessary? Possibly, but those story lines only bring out more of the reality we are dropped in to bring forth more than a one-dimentional revenge story. The characters on the other hand have more beneath the surface. There are layers with our brothers, each of them working off of a pain of some sort. Whether it’s old baggage, relational or family related, there’s an element of figuring out the next steps are that make the characters relatable. While each of the characters could of used a little more development, we get enough of a sense of who they are to make the story work. Again, on the surface, it’s pretty simple.

PERFORMANCES
We see some really strong performances all the way through the movie. Most of the supporting roles don’t have a ton to do but the performances are still strong nonetheless. Christian Bale is unbelievable and will most likely end up being one of his better performances that slides under the radar. Casey Affleck gives one the better performances of his career. He’s passion and pain shines through in his performance and it’s one that is crucial to the film. Woody Harrelson needs to do more roles like this. He doesn’t necessarily have to play the villain but the grittiness and rawness he delivers is something that he does really great. His character here is evil without a care in the world who’s just obsessed with his money and drugs. While his character’s intentions aren’t always 100% clear, when Harrelson is on screen, he’s someone you know you don’t want to mess with. Simply, Harrelson gives one heck of a performance. Sam Shepard, who I love, and Willem Dafoe don’t have much to do, but still give some strong supporting roles. Again, they enhance the realness and blue collar aesthetic this film is calling for. Zoe Salanda’s role is also small but she has a pretty strong scene with Bale that helps bring forth some much needed emotional aspects. Overall, there’s not one bad performance here and they carry the movie in an incredibly engaging way.

SCORE
The music is absolutely incredible and adds some really nice layers to the film. In a world that is trying to create rural, small-town feel in the midwest, the music brings that aesthetic to life. The score was done by Dickson Hinchliffe and Eddie Vedder. Vedder is no stranger to bringing this type of music and was nominated or an Oscar for his work on Into the Wild. So it’s no surprise that after the film was over, when I had to look to see who did the music since I loved it, and I found Eddie Vedder’s name attached to it. Hinchliffe has also done some great work before and the duo did an outstanding job together. While, the score isn’t the best of the year, it’s one of those you’ll still want to listen to outside of the movie.

FINAL THOUGHTS
Just because a movie is bleak and depressing doesn’t mean the film is arduous or bad. If you want that, go watch The Counselor. While this movie is gloomy, it’s also relatable in a lot of ways, especially if you’re from small town America. And it seems like most of what we see in Hollywood now-a-days is these big worlds with tons of visual effects or a movie set in a big city where other people have more money than they know what to do with. There’s something heroic in itself about someone who is willing to work for a living, just to get by every day, and yet will do anything for his family. To me, Bale is just as heroic here as he is as Bruce Wayne.