Movie Review: No Zzz’s here; The Lost City of Z is well worth getting lost in 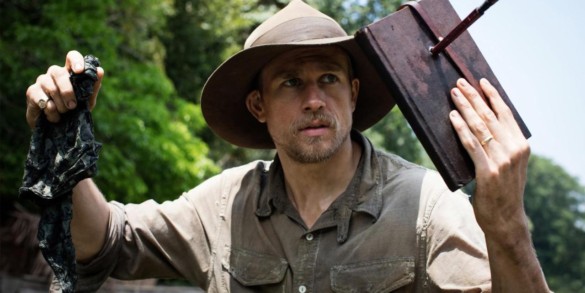 Synopsis: A true-life drama, centering on British explorer Col. Percival Fawcett, who disappeared while searching for a mysterious city in the Amazon in the 1920s.

Some filmmakers are an acquired taste; I welcome James Gray into that category. Up until this point, Gray’s films have been so tedious and meandering in ways that felt fortuitous instead of deliberate, and ultimately emotionally distant. From the mess that was We Own the Night, the fine but uneven Two Lovers, or the empty melodrama The Immigrant, his films are beautifully shot to be sure, but emotionally stirring? That’s debatable. Surely that debate will continue with The Lost City of Z, Gray’s latest project and yet another attempt at a fashionable recreation of old Hollywood (much like The Immigrant). But this time, as the end credits rolled, my initial thought was a simple one; okay James Gray, now you finally have my full attention.

For the first time, a James Gray film finds a consistent and nicely focused through-line, where the journey from beginning to end continually adds emotional and thematic layers to that connective through-line. The Lost City of Z proves James Gray is actually a fine storyteller, something I’ve yet to notice in his previous films (and probably never will). Based on the novel by David Grann, the film tells the biographical story of Percival Fawcett, the British soldier and explorer who made it his goal to uncover an ancient civilization in the Amazon. The journey through the Amazonian jungle is violent, stirring, and unpredictable (many comparisons can be made the Francis Ford Coppola’s Apocalypse Now), but Gray chooses to make the meditative journey the more interesting one, when Fawcett is not even in the jungle. It’s what grounds an already aesthetically thrilling expedition, but if it’s anything else that holds the film’s drama together it’s Charlie Hunnam’s performance.

As Percy Fawcett, Charlie Hunnam gives a rather cerebral performance, one that communicates without always speaking. With his ultimate goal in finding this lost civilization, one that the English government feels ultimately ignorant toward, Hunnam makes Fawcett into a human constantly at war with himself, battling his own selfish desires for nobility with establishing cultural open-mindedness. His intentions are honorable, but also narrow minded, and what’s heartbreaking is just how much Fawcett himself realizes that. His constant internal struggle (which just may feel like a struggle for some) is fragmented and sometimes messy, and that’s the point; he’s never content or finished in his motives, and Hunnam turns that war into something deeply psychological and heartbreaking.

This makes the film’s finally act so beautifully symbolic, a way for Fawcett to achieve that balance of his obsession without neglecting his family and friends, a realization made apparent while on the trenches of World War I. Both Hunnam and Gray rightfully use that to give The Lost City of Z a natural sense of progression. But credit must also go to Sienna Miller, Robert Pattinson, and Tom Holland as well; sometimes a performance is so good that you are given character history without the use of trite exposition, something the supporting cast wonderfully excels in here. Tom Holland especially, as Percy’s son Jack, whose initial distance with his father is deeply felt and understood simply because of Holland; any other performance may have failed in emulating that.

Perhaps it’s the film’s jungle setting that matches James Gray’s meandering tone; the film deals with doubt and uncertainty, and the sense of feeling lost in time amidst the smoky jungle landscapes feels complimentary rather than contradictory. Whether it was dumb luck or not, James Gray found a rhythm here; The Lost City of Z is a Hollywood epic in the classic sense, one that reminds us why the David Lean’s or Cecil B. DeMille’s of the time are still talked about today. Get lost in it.

Here our podcast review on Episode 219: