Movie Review: ‘Maleficent: Mistress of Evil’ is a beautiful movie and a nice surprise 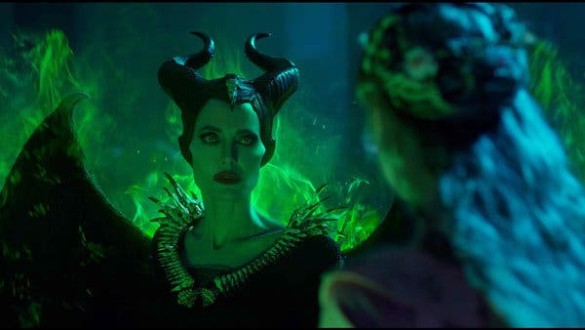 Synopsis: Maleficent and her goddaughter Aurora begin to question the complex family ties that bind them as they are pulled in different directions by impending nuptials, unexpected allies, and dark new forces at play.

I am not a fan of the first Maleficent movie. It wasn’t a bad film, I’m just a purist when it comes to Disney movies and the 1959 animated Maleficent is one of my favorite villains of all time. I felt Maleficent (2014) strayed too far from the original character and I didn’t find the story interesting. When they announced a sequel, I was unsure why they needed a second film or what it would even be about. Surprisingly, I loved the sequel. It’s a huge departure from the original story, but I think that’s why I enjoyed it. I had no expectations and nothing to compare it to.

Maleficent: Mistress of Evil picks up a little while after the end of the first film and after the all the events of the traditional Sleeping Beauty story. Princess Aurora is newly engaged to Prince Phillip and is invited (along with Maleficent) to meet his parents. Things go awry and chaos ensues; Aurora is torn between Maleficent and her home in the moors and her fiancé and her soon-to-be in-laws.

Honestly, I don’t think the first film is required viewing if you want to enjoy this one, but I would recommend seeing either the first film or the original Sleeping Beauty (1959) first. As long as you are vaguely aware of who Sleeping Beauty and Maleficent are, you should be okay. This film definitely takes more of a “high fantasy” route versus traditional “fairy tale” like its predecessor. It’s one of the things I liked about the movie. A downside to that is they tried to pack a lot of backstory and different fantasy creatures into a story that wasn’t intended to do so. At times it seems a little messy or overstuffed with information. It was also very violent, scary, and dark at times for a kid’s movie. There is a large battle with casualties- it’s not gory, but it’s still distressing.

Other than the slightly messy plot, Maleficent had a lot going for it. It’s a beautiful movie, some of the best effects in a Disney film this year and definitely an improvement from the first film. Prince Phillip’s castle is gorgeous and exactly like a proper Disney Castle should be. The addition of Michelle Pfeiffer to the cast was a smart move. The tension and snide banter between Angelia Jolie and Pfeiffer’s characters was glorious. It was the showdown I didn’t know I needed. I also liked the new fantasy creatures included in this film. I can’t go into too much detail without spoilers, but they did a great job creating a diverse group of non-human characters. Another big positive for me was the subtle messages about accepting people for who they are, no matter how different they seem. They enforced this with Aurora’s character wanting to be more of a free spirit than traditional princess, and they addressed it with humans versus magical creatures. I thought it was a lovely message to weave into a children’s movie.

Maleficent: Mistress of Evil was a huge surprise for me, I found it vastly more enjoyable than the first film. It’s subtle messages, quality of effects and production design make this a wonderful fantasy movie for both kids and adults. I like the “high fantasy” route they took and what they did with Maleficent’s character. Angelina Jolie was a perfect casting choice and obviously enjoyed portraying the iconic Disney villain.