Movie Review: ‘Luke & Jo’ is another victory for Josh Overbay 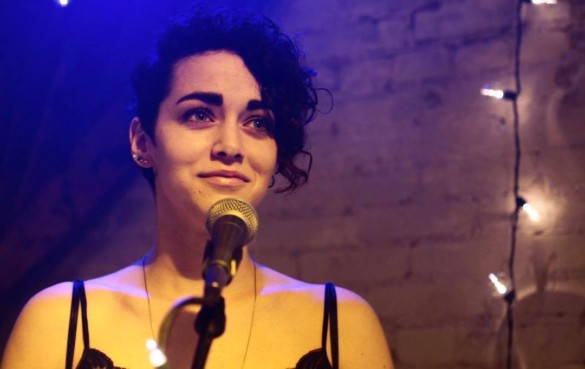 Synopsis: Two artists collide at the lowest point in their lives and they form a deep emotional bond that alters them both in unanticipated ways.

Joshua Overbay stunned us in 2014 with As It Is In Heaven, one of the better movies about spirituality we’ve seen in recent years. Well Overbay is back with a new film, Luke & Jo, a stark departure from the rural nature of Kentucky to a suburban drama about two lost individuals who bond over their similar dilemmas. But like As It Is In Heaven, Luke & Jo is handled with grace and diligently explores what drives the emotional displacement in both Luke and Jo.

Luke (Erik Odom) is a married man and an aspiring screenwriter who travels to Hollywood where he’s hoping to meet producers who would be willing to look at his latest script. Jo (Andie Morgenlander) is a struggling musician who can’t seem to get her life in order. The two of them randomly come across each other at a local bar and strike up a friendship after learning about how comparable their lives are. The relationship gets even more complicated as Luke, whose marriage is on the fringe, begins to flirt with thoughts that test his morals.

The biggest strength of Juke & Jo lies within Overbay and Morgenlander’s script, which wonderfully balances both arcs of Luke and Jo, while dabbling into themes of temptation, depression, isolation, ambition and one’s inability to cope. The conflict in both characters evoke a pathos that many people will be able to connect to as they begin find hope in each other. However, what makes the script even more transcendent is how Overbay and Morgenlander upend that hope with the harsh realities of life. Back in 2014, the ending to As It Is In Heaven was by far one of the best endings of that year, and once again Overbay delivers on something magical. Instead of lingering in sentimentality or being spiritual cloy, he ambiguously offers a dichotomy that leaves us wondering what happens next for Luke and Jo.

This is amplified by great direction and cinematography as well. Much like the dialogue, a lot of imagery in Luke & Jo was improvised to make the naturalistic components to the film even more palpable and evocative. And boy, did they succeed. In one scene, as Luke and Jo are walking through the town and talking, the camera tracks with them glistening in the city lights and it gorgeously captures their bond in the moment. This is a motif we see constantly throughout the film. The camera isn’t overly active or calling attention to itself, but rather being another natural participant alongside our main protagonists.

Erik Odom gives a solid performance as Luke. There are perhaps a few instances where he’s unable to deliver on his Luke’s most extreme emotions, but when focused on the internal ramblings of the character, Odom is more than servicable. Andie Morgenlander is excellent as Jo. She’s constantly on the fringe, but never to the point of being detached from reality. She is wanting more out of life but not sure how to attain it, and Morgenlander taps into that struggle with a robust poignancy that comes through with intense vigor. The chemistry of Morgenlander and Odom is very good, giving credence to that final scene and its ambiguity.

Luke & Jo is a small film that continues to show promise for Joshua Overbay. Yeah, you could nitpick a few things here and there that are a result of being on a micro-budget, but if you push those aside there is some real depth on display here. In a pivotal scene where Luke has a meeting with a producer, Overbay orchestrates symbolism and narrative storytelling in some rather remarkable ways. I can’t imagine what he’d be able to do with a real budget. If he’s able to get his hands on some real money, watch out.

Luke and Jo Official Trailer from Solis Films on Vimeo.