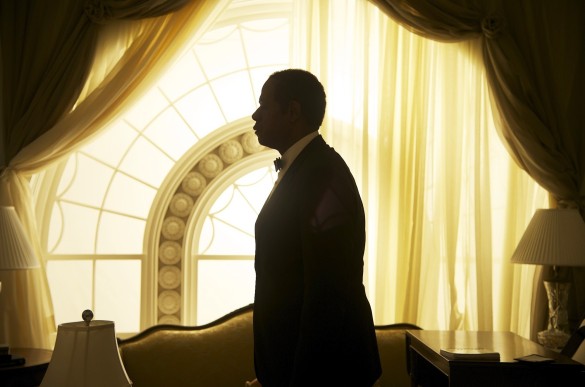 Synopsis: As Cecil Gaines serves eight presidents during his tenure as a butler at the White House, the civil rights movement, Vietnam, and other major events affect this man’s life, family, and American society.

DIRECTION
Lee Daniels burst onto the scene with 2009’s Oscar-nominated Precious before taking a step back with last year’s The Paperboy. So how does The Butler fare? It’s in the middle somewhere; it’s not a good movie but it’s also not a bad movie. The direction and camerawork are decent, the story is decent and the performances are decent, but everything doesn’t really come together. Daniels turns what’s supposed to be an important look into the Civil Rights Movement into a sappy melodrama and sometimes even a comedy* (the movie has some surprisingly pretty funny moments). He took a little-too-cautious approach to the subject manner and the movie ultimately fails at being anything other than a slightly entertaining two hours at the movies.

* — At two different points throughout the movie, as the characters are about to say a dirty word, Daniels masks it with the clanging of dishes. Really?

SCRIPT
The story of The Butler revolves around Cecil Gaines, a butler who eventually serves eight presidents during crucial parts of the Civil Rights Movement. The movie opens with Gaines witnessing the death of his father in the cotton fields (ultimately leading to him moving inside to serve) and ends with Gaines on his way to meet current president Barack Obama. The story squarely focuses on Gaines serving, seemingly breezing over the more important issues of his family, his eldest son (who always happens to be at all the biggest civil rights events), his wife’s alcoholism and everything else that’s going on in the world. Put simply: The story took the easy way out, taking a cheesy, entertaining, almost comedic approach to it. This wasn’t the right way to go.

PERFORMANCES
The Butler is a showcase of top-notch actors well over the age of 40, giving us large parts or cameos of nearly every single one you can think of. But are they good? No — with a few exceptions. Oscar-winner Forest Whitaker is the standout as the butler, Cecil Gaines, bringing as much range and emotion as he can and really making us sympathize and root for him as he ages throughout the movie. Oscar-winner Cuba Gooding Jr. and Lenny Kravitz are also really good as Whitaker’s fellow butlers, bringing a lot of fun charisma and laughs. And after spending much time away from the screen, Oscar-nominee Oprah Winfrey is back and gives a solid performance as Cecil’s wife, Gloria. Like Whitaker, she probably brings the most range to her character and performance. Now, outside of those few, the performances are pretty shoddy, especially when it comes to the presidents. Robin Williams (Eisenhower), James Marsden (JFK), John Cusack (Nixon) and Alan Rickman (Reagan) all play presidents and none of them look or sound the part (Marsden probably comes the closest), making it pretty comical at times. Overall, nothing outstanding performance-wise.

SCORE
Rodrigo Leao’s score for The Butler is fitting, perfectly reflecting the sappy, melodramatic nature of the movie. The main theme is nice, incorporating good use of the piano, but nothing really stands out — just like the movie as a whole.