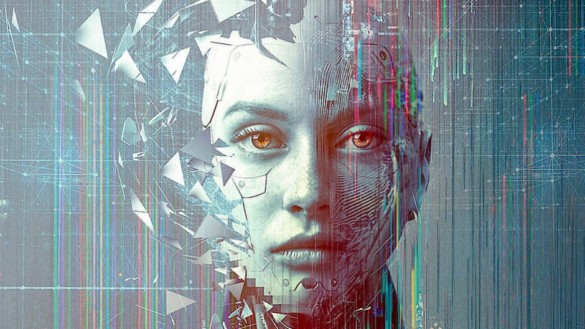 Just in case your anxiety levels aren’t through the roof after the year we’ve all had, watching Tonje Hessen Schei’s documentary iHUMAN should do the trick. This socio-political documentary explores how the advent and rise of AI technology could affect the course of human history, and it’s not a spoiler to say there is nothing good about the answers we’re given. In the deep breadth and width of Hessen Schei’s excellent investigation, we’re introduced to a number of tech experts on the frontlines of AI advancements, from the Elon Muskites in Silicon Valley to the venture capitalists funding the whole operation, to the human rights activists trying desperately to ensure humanity isn’t swept under the tide of progress. It’s a fascinating, illuminating glimpse into a truly terrifying future and that makes it all the more necessary in these strange times.

You may have read that opening paragraph and decided you’ve heard all this before. After all, this is hardly a new idea. Even the movie’s title borrows from the Isaac Asimov novel I, Robot – written over 50 years ago and turned into a popular movie starring Will Smith 15 years ago. So it would be understandable if many found themselves turned off, but this would be a mistake. Where iHUMAN‘s strength lies is in its subverting of the myths many of us believe about AI. This is not sentient robots rising up to enslave the human race. In fact, the scariest thing confronting humans is humans themselves. A fascinating segment shows Cambridge Analytica’s involvement in the rise of Donald Trump and Brexit; it is frightening to see the level of subterfuge that goes into global decision-making. Another astonishing moment shows how a computer algorithm can determine someone’s sexual orientation using only the curvature of their jawline. From there it’s a short distance to determining someone’s religious and political beliefs using nothing more than a screenshot, and then imagine what an authoritarian government could do with that information.

The likelihood is that, on the surface, none of this will necessarily be breaking news to anyone who is clued into this world already; a segment featuring a computer algorithm that can ‘predict’ crime by pooling statistics of crime-ridden areas so that police officers can be stationed in those areas to prevent crime smacks of Minority Report and is unlikely to shock anyone. But then you consider that the information going into those algorithms is already biased towards black and Hispanic minorities, and suddenly the situation becomes much scarier.

The real draw of iHUMAN lies in its interview subjects. As mentioned earlier, Hessen Schie has collated an excellent cast of experts who give amazing insight into this world. Perhaps the most entertaining is Jürgen Schmidhuber, a laidback German sporting a white goatee, who works out of the Swiss Alps and expounds gleefully on the virtues of AI. Schmidhuber gives off some serious Hank Scorpio vibes and is never less than compelling. The most interesting, however, is Ilya Sutskever, a research director at OpenAI who was headhunted by Elon Musk himself. Sutskever is the most clear-eyed about the future of technology. It is not that AI is going to actively hate humans and want to harm us, he calmly explains, it’s just that AI will grow too powerful and so its wants will supersede our own. For instance, humans love animals. We are naturally very fond of them. But we will build highways and tear down forests for our own ends, regardless. Because it is the best thing for us. That will one day be our relationship with AI, Sutskever explains. Only this time we will be the animals.

Hessen Schie takes us through just about every possible scenario that could befall humanity in the two hours plus runtime of iHUMAN and yet not once does the pace let up. It is well-paced and deftly balanced from one moment to the next. If you’re already tuned into the world of technology then nothing here will be news to you, but regardless this is a well-made documentary that deserves your attention.